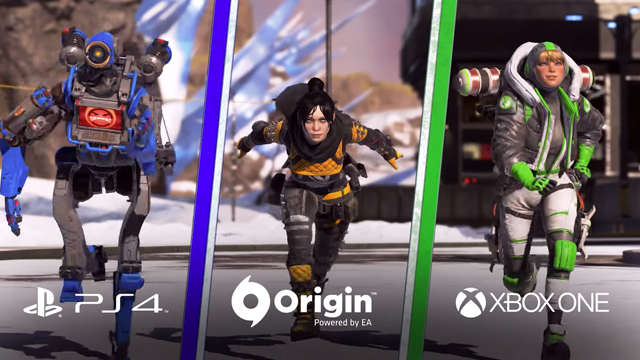 Landing on October 6, the beta will allow PlayStation 4, Xbox One and PC players playing on Origin (soon to be known as the 'EA Desktop App') play together in squads. The event will also bring along a new Limited Time Event known as Flashpoint, where health and armour pickups are nowhere to be found, and you'll instead regenerate those in specific 'Flashpoint' zones dotted around the map.

Crossplay has been in the works for a while, though Respawn recently moved to allay fears that PC players would dominate console players by confirming that they'll only be put in a lobby with other PC players if there is already a PC player on your squad. You can find out more information on how exactly cross-play works in the post on the Apex Legends blog.

The Aftermarket Collection Event is set to kick off in Apex Legends on Xbox One, PlayStation 4 and PC from October 6. Check out a trailer below.