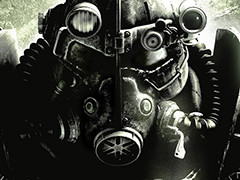 A placeholder listing for an unannounced Bethesda title has appeared on Amazon UK.

The placeholder name suggests that Bethesda could be planning to unveil the title during E3 next month, although the listings fail to offer any clues as to what the game could be. Could it be Doom 4?

Whatever it is, though, don’t expect it to be a new title from the studio behind Skyrim. Last weekend, Bethesda’s VP of PR & Marketing Pete Hines revealed that Bethesda Game Studios “will not be talking about its next game for a long time“.