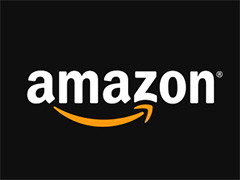 A new and free triple-A game engine from an unlikely source is now available to developers. Amazon has released Lumberyard which is described as a blend “of new and proven technologies from CryEngine, Double Helix, and Amazon Web Services”.

Amazon agreed a deal with Crytek in April 2015 to license the CryEngine, rumoured to be worth in the region of $50 million.

Lumberyard launches in beta with support for Windows Vista, 7, 8, and 10, PS4 and Xbox One. Mobile and VR support should be available “within a couple of months”.

Integration with Twitch is also part of the deal. Those choosing to use the functionality will be able to enable Twitch ChatPlay for real time responses to keywords in a Twitch chat stream. Also available is Twitch JoinIn, which allows a broadcaster to invite a member of the audience into to the game from within the chat channel.

Amazon is only monetising the engine via its Web Services GameLift, which charges game makers for taking control of its server management.

“Many modern games include a server or backend component that must scale in proportion to the number of active sessions. Amazon GameLift will help you to deploy and scale session-based multiplayer game servers for the games that you build using Lumberyard,” explains the Amazon blog. “You simply upload your game server image to AWS and deploy the image into a fleet of EC2 instances that scales up as players connect and play. You don’t need to invest in building, scaling, running, or monitoring your own fleet of servers. Instead, you pay a small fee per daily active user (DAU) and the usual EC2 On-Demand rates for the compute capacity, EBS storage, and bandwidth that your users consume.”

A range of support services will also be offered.