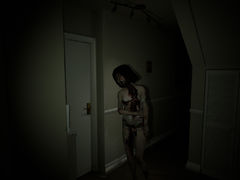 Allison Road has been cancelled

Allison Road, the P.T. like horror game from UK studio Lilith Ltd, has been cancelled, the developer announced on Twitter over the weekend.

“Hi all. Sadly Allison Road had to be cancelled,” states a Tweet. “Statement to come in the next few days. Thx for all your support and very sad it came 2 this.”

The game began life on Kickstarter, but back in October made the switch from the crowd-funding site to become part of Team17’s games label. It’s not clear if the game will emerge once again on a crowd-funding site.

Back in October Lilith said: “As a newly founded studio, we’ve been completely overwhelmed by your encouragement and huge interest in Allison Road and we’d love to thank each and every one of you for all of the amazing support you have given us during our Kickstarter campaign and beyond. Really incredibly appreciated.”

The studio added: “Working with Team17 will give us the chance to make our game unhindered creatively, but at the same time will give us the resources, support and experience that only a 25 year old studio can give.”

It’s unclear how much progress had been made when the project was cancelled. The game had been scheduled for release before the end of September.