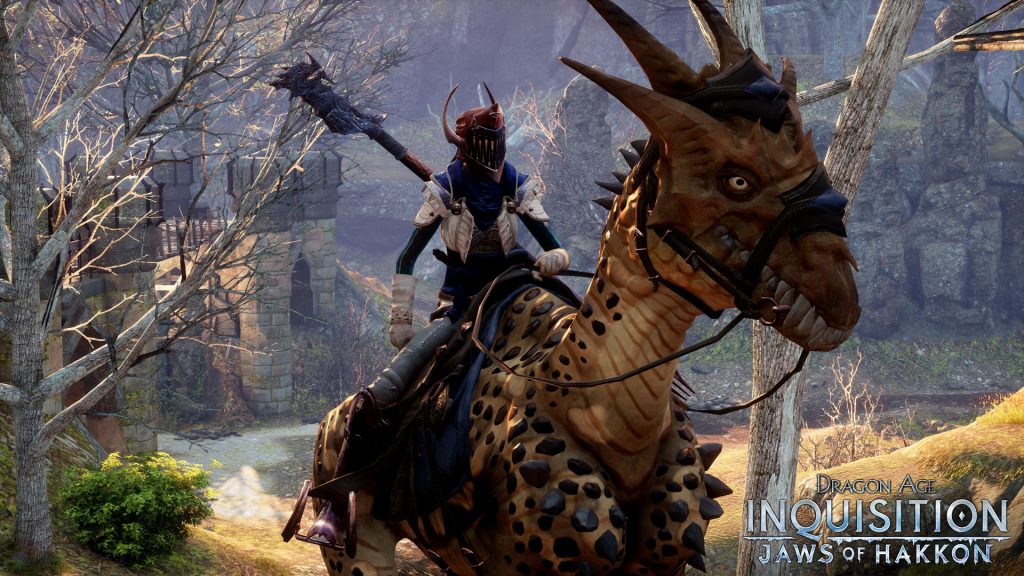 Our very own Colm Ahern has done a wide-ranging interview with Alexis Kennedy, previously of Failbetter Games (who you'll know of for the games Fallen London, Sunless Seas, and Sunless Skies) and currently of Weather Factory. Because I am the site's resident Dragon Age correspondent, I insisted that Colm bring up Dragon Age 4, and Kennedy teased a few more details about what he worked on.

Kennedy did some work at BioWare, writing for part of the Dragon Age family, and has previously dropped hints without ever actually saying 'Dragon Age 4'. So, the same as apparently literally everyone else at BioWare, then (including, most recently, the voice actor for recurring character Cullen Rutherford doing an ongoing Twitter thread that's definitely not about Dragon Age).

'I'm going to tease what I can without, I think, annoying anybody,' Kennedy says in the interview. 'My other half, who is also my cofounder [Lottie Bevan at Weather Factory], said to me a year or two ago "AK, are all your games about death?" and I said "Well kind of." I'm just a big old goth. And BioWare put me on working on a whole chunk of lore and backstory for the faction in the game that you would think of if you were thinking big old goth. You know, if you were interested in death.'

This work apparently included a lot of backstory and fleshing out connections; the factions is in a game that Kennedy says 'might be Dragon Age with a number after it.'

'I think anybody who knows anything about Dragon Age lore can make some pretty clear deductions from that,' he added. For my money this puts the Tevinter Imperium in the frame. Any advance on that?

Kennedy also said that, 'There was some discussion of it being called Dragon Age: Dating Simulator. Maybe you'll be able to conduct romances, which obviously BioWare is known for, between your own dragons, and breed them Pokémon-style.' We are, however, almost entirely certain that this is a joke and BioWare wouldn't do that. But on the other hand: can you put it past 'em?

Weather Factory's first game, Cultist Simulator*, is out tomorrow. The interview touches on Kennedy's past and present dev work, as well as prawn cocktail flavoured crisps and The Spice Girls, and it's very good and you should watch/listen to it here.

*I, as in the person writing this, Alice Bell, backed Cultist Simulator on Kickstarter, for the record.