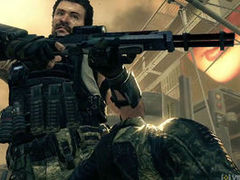 Activision Leeds has become the latest studio to join the Call of Duty family, according to UK games industry expert Andy Payne.

Talking to VideoGamer yesterday, Payne revealed that the new Leeds studio will be heading up development on all Call of Duty “handheld games” going forward.

“Activision are like a machine,” said Payne. “I have to be careful what I say about these guys because I know them so well and they’ll cane me.

“But Activision are a machine. They’re very good, and you know what, what people don’t realise with Activision is, the two studios working on the Call of Duty franchise are collaborative studios. That’s unheard of. All the assets are reusable, so they’re not wasting time.

“If we were modelling this [points to VideoGamer’s interview set-up], we’d have to build this, build that, takes time, right? Costs money. The two studios are saying, ‘I need a tank, pull it off from the library’. And those assets are also going to be starting to be used by the mobile team, which is going to be based in Leeds.”

Activision Leeds was established in November 2011, but it wasn’t known what the studio was working on beyond the “development of projects based on Activision’s brands.”

The studio will be developing “all handheld versions, iOS versions of Call of Duty” going forward, Payne revealed, but he wouldn’t confirm whether or not that extended to the Vita game Call of Duty: Black Ops Declassified.

“They wanted some of the Rockstar guys, yeah. Well it’s smart, because Britain’s pretty ahead in mobile programming. We’re pretty good at it. Yet again, we’re good at it but we don’t talk about it too much because we’re British.”

Previous Call of Duty mobile games, including Call of Duty: World at War Zombies and Black Ops Zombies, were developed by the London-based Ideaworks Game Studio.

Activision may have got its wish, though: according to a GamesIndustry report, two ex-Rockstar bosses are also working with Activision Leeds.

Multiple studios are known to have joined the Call of Duty family in recent months. Last month it was revealed that Guitar Hero developer Neversoft was developing a new Call of Duty.