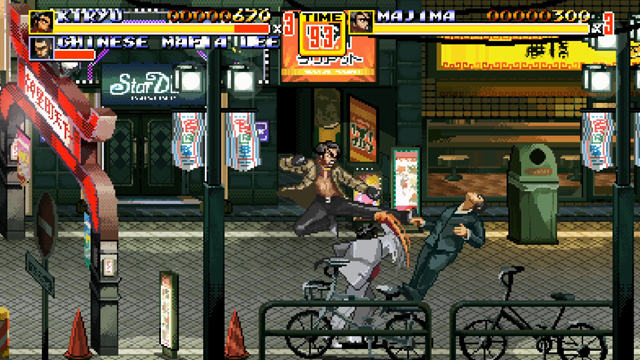 Sega has announced that it is to release several special mini-games for free from various development studios under its umbrellas over the next week on PC via Steam as part of the company’s 60th anniversary celebrations, with several mash-ups of famous Sega game series included.

The four games will kick off with “retro-inspired tank romp” Armor of Heroes from Dawn of War and Company of Heroes developer Relic Entertainment from today, October 15. This will then be followed by Endless Zone —a shoot-em-up combining the Endless series and Fantasy Zone — from October 16.

Next up is Yakuza and Streets of Rage crossover Streets of Kamurocho that sees Kiryu and Majima dropped into a side-scrolling beat-em-up from October 17 and closing with what’s been dubbed a “never seen before prototype” of a modern version of classic side scroller Golden Axe in the form of Golden Axed on October 18 before all four games disappear on October 19.

To claim the games, players are encouraged to visit each game’s respective Steam page and download them to keep them in their library forever, and as a bonus anyone who heads to the special Sega 60th Anniversary website and links their Steam accounts will also get a free copy of Sega Saturn classic NIGHTS: Into Dreams.

However, the promotion has not been announced without its share of controversy, as it has since emerged from programmer Tim Dawson that the Golden Axed prototype has been announced without the knowledge of him or anyone who worked on the project, and he subsequently described (in the Twitter thread posted below) the troubled process of how the project was created under crunch conditions while working on the Castle of Illusion Starring Mickey Mouse remake which was released back in 2013 and the studio Dawson worked at—Sega Studios Australia—closing down with the staff being let go soon after.  Sega are yet to respond to Dawson’s remarks at the time of writing.

UPDATE 13:50pm: Sega Europe has since apologised to Dawson, issuing the following statement to GamesIndustry.biz: “We wanted to bring the work of the developers at the time to light and celebrate it as a part of our history. Something we didn’t get the chance to do first time around. We certainly didn’t mean to dredge up painful memories for Mr. Dawson and his former colleagues or appear disrespectful.”