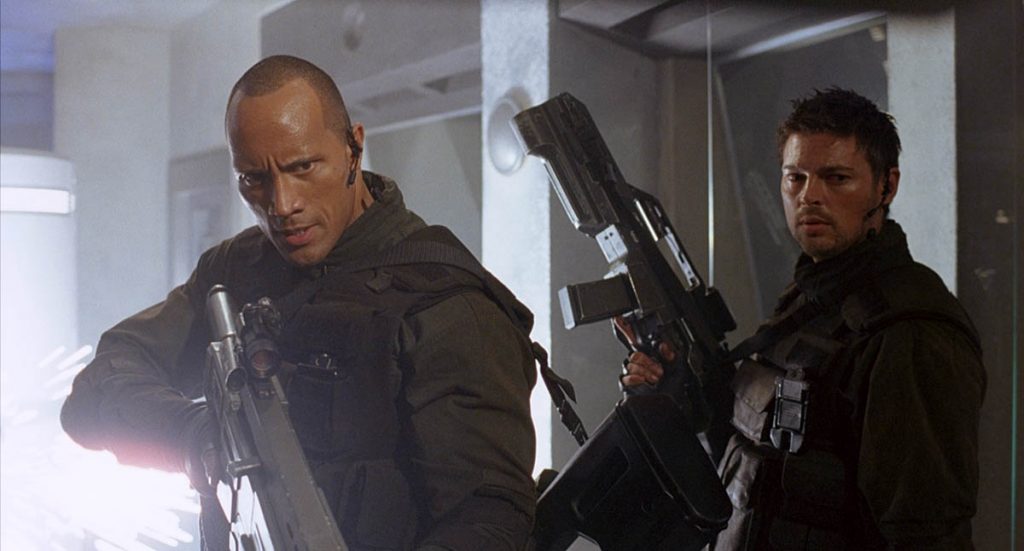 A new DOOM movie is apparently in the works

DOOM is apparently making a big-screen comeback at Universal Pictures, according to actress Nina Bergman.

While there's no official announcement from Universal yet, Bergman confirmed on Twitter that she's on board for the movie and mentions a 'super cool director,' though wouldn't go into any further details. However, a spokesperson for NBC/Universal told Verity that DOOM is being handled by Universal 1440 Entertainment, which specialises in producing live-action and animated non-theatrical releases. As such, we could be looking at a straight-to-DVD release.

DOOM first hit the big screen back in 2005 and starred Dwayne 'The Rock' Johnson and Karl Urban, although the movie was pretty much a box office flop, grossing just $56 million worldwide against a $60 million budget. It even featured first-person shooting scenes in an attempt to bring it closer to the source material, but that didn't stop it from being a bit, well, rubbish.