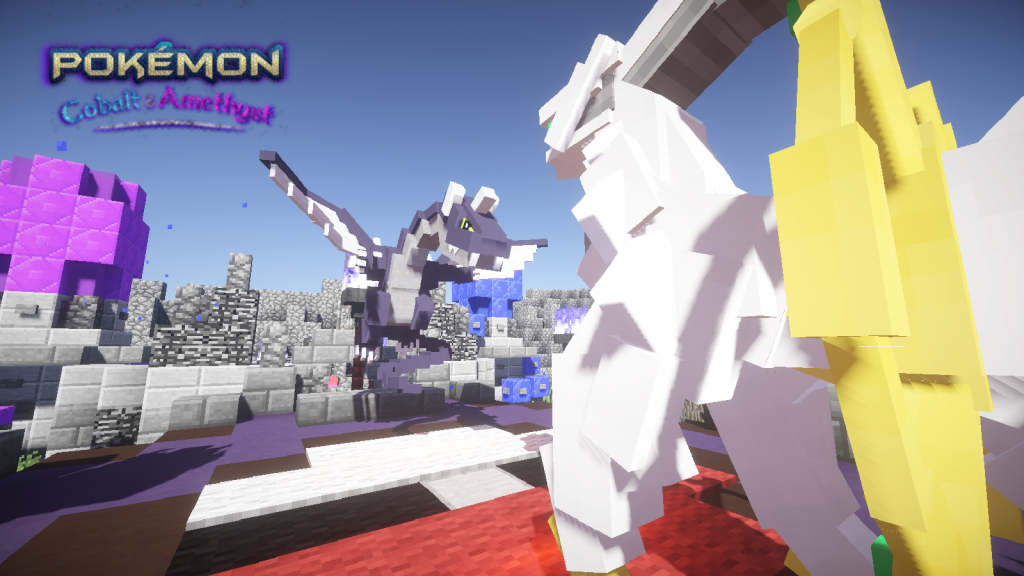 A 60-80 hour Pokemon game has been released inside Minecraft

Phoenix SC has released Pokemon Cobalt and Amethyst, one of the most impressive single player vanilla Minecraft maps we’ve ever seen.

What you get is a complete Pokemon RPG experience, including battling, capturing and training Pokemon, fighting trainers, and challenging Gym leaders. The big difference is that the huge 60-80 hour campaign is set within the 3D world offered by Minecraft.

The map is a brand new region featuring a set of 136 Pokemon, with a new story for players to enjoy.

“A new story dominated by an antagonist threatening to release a Legendary darkness that demands tribute. It is your task to seek the truth with the help of the region’s Professor and your rival – either capture it before it’s too late, or take Team Tempest down while saving the lives of those closest to you,” reads the game’s blurb.

Although the map has been released by Phoenix SC, the 31 month project brought together the talents of many people.