Best Moveset for Tinkaton in Pokemon Scarlet and Violet 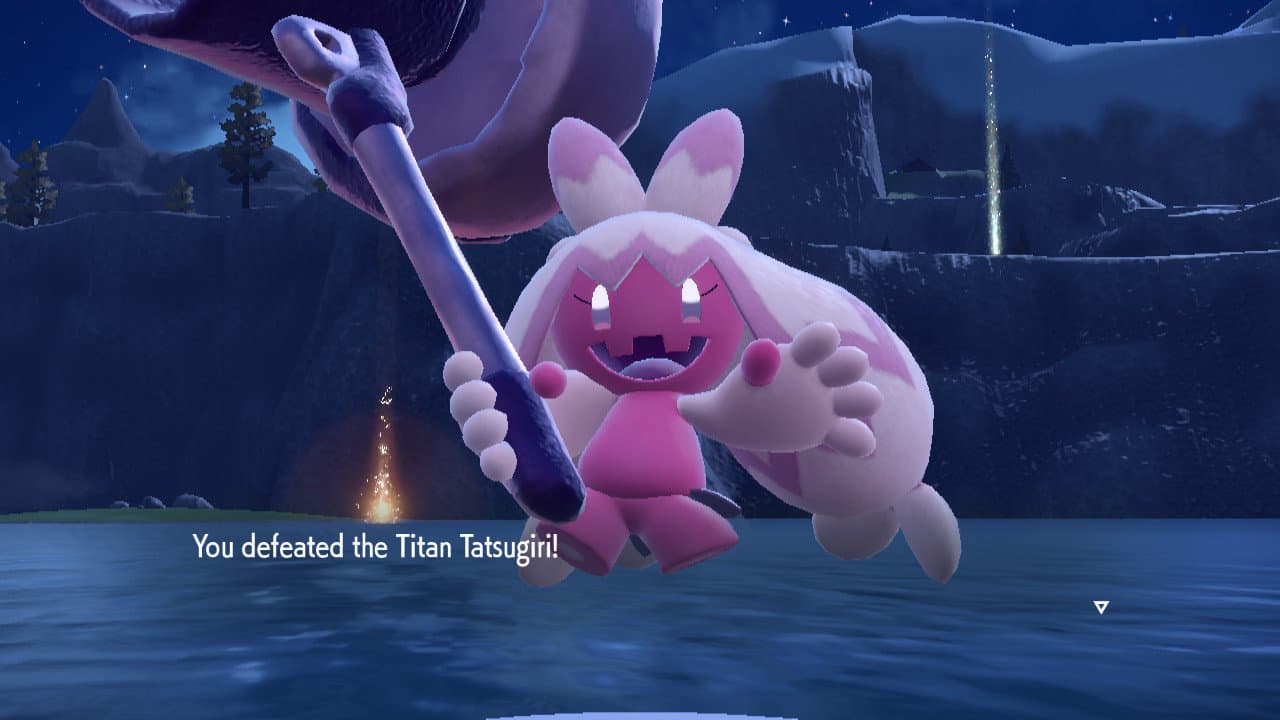 Tinkaton has to be the most-beloved Fairy/Steel-type Pokémon in Pokemon Scarlet and Violet. However, don’t be fooled by Tinkaton’s cutesy looks because if you build this Pokémon right, it’s bound to cause havoc on the battlefield. Tinkaton is the perfect Pokémon for competitive matches, thanks to its excellent typing and the diverse move pool it has access to.

But no matter how impressive Tinkaton may appear, the Pokémon will fail to deliver if its proper build path is not taken. So look forward to this guide, where we break down some of the best builds and movesets for Tinkaton in Pokémon Scarlet and Violet!

To the casual player, a base stat of 506 for Tinkaton may seem appealing, but it’s not since it is weirdly spread over each of the six stats. While Tinkaton’s best stats are Sp. Def followed by Speed, the tiny hulk lacks heavily in attack potency despite its gigantic hammer.

However, this inconsistency in the Fairy/Steel-type’s stats can easily be overcome if you play it with the right defensive or offensive build. As such, the only two builds we recommend are the sweep Tinkaton and support Tinkaton.

How to Build a Sweep Tinkaton in Pokemon Scarlet and Violet?

Despite the 75 base Attack stat, Tinkaton has a trick up its sleeve, making it an excellent physical sweeper capable of wiping out your opponent’s Pokémon. Here’s what the build and moveset for a sweep Tinkaton would look like:

Let’s start with the items to hold in order to be a sweep Tinkaton that can one-hit KO every Pokémon. You’ll want to use a Life Orb, but if there’s another Pokémon in your team that would rather have it, switch to Metal Coat. Ability-wise, Mold Breaker is an excellent choice for Tinkaton, as you can ignore annoying abilities like Stall, Unaware, and Sturdy.

As for Tinkaton’s ace card, it’s signature move is the Gigaton Hammer. This move has a thumping base power of 160, but the downside to using it is that it can’t be used twice in a row. That’s also why we’ve added Protect to the moveset, which you’ll have to follow up on every time after using its signature move.

The two coverage moves you can decide on are Play Rough or Knock Off, but this depends on the Pokémon you’ll face. Opt for Play Rough against Dragon types; otherwise, Knock Off for a Gholdengo (you’ll mostly see them in competitive matchups) to render its damage-enhancing items useless.

The given spread in Max EVs, the Jolly Nature, plus the Steel Tera typing, will add an extra punch to Tinkaton’s hammer. In addition, it’ll also receive the extra pace from Jolly Nature and the maxed-out Speed EV, allowing it to set Gigaton Hammer first, resulting in potential one-hit KOs.

How to Build a Support Tinkaton in Pokemon Scarlet and Violet?

Support Tinkaton? More like Tinkatank! Anyways, your aim as a Support Tinkaton is to soak up maximum special damage while also setting up traps against the opponent’s Pokémon. So let’s take a look at it!

A Support Tinkaton with Assault Vest would’ve been indestructible, especially against Special Fire moves. But since we’re equipping Status moves in this set, an Assault Vest would curb those moves. Nonetheless, we’re left with the Leftovers item that gives additional heals, which will suffice.

Two of the moves are the same, with the Gigaton Hammer as a go-to choice for every build and the extra utility of knocking off items from Knock Off. That said, Stealth Rock and Thunder Wave are two Status moves that really help in this set. Thunder Wave paralyzes the opponent’s Pokémon, while Stealth Rock sets a trap that damages any new Pokémon switched in.

If you follow the same EVs and Nature given above, Tinkaton can live to see another day against Special Fire moves like Fiery Dance (+1 Sp. Atk every time the move is used) from Iron Moth. On top of it, Tinkaton can fight back by setting the traps mentioned earlier while bonking its hammer and receiving passive heals from Leftovers!

This new Fairy/Steel Pokémon looks like a character straight out of Kingdom Hearts; just look at that hammer! Anyways, despite the tempting Fairy/Steel typing and lackluster base stats, you can turn your Tinkaton into a stellar physical sweeper or even have it fill the support role in your team using the right build and moveset.