How to Get the Steinbjorn Armor in God of War Ragnarok 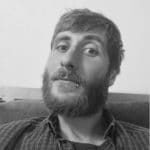 The Steinbjorn armor is arguably the best armor set in God of War Ragnarok. It provides a massive boost to Kratos’ defense stat, health restoration, and a high chance to stagger and stun enemies. In this guide, we’ll walk you through how to get the Steinbjorn. It’s a bit of a journey and it involves some troll hunting, but it’s well worth the trouble. Let’s get started.

READ MORE: God of War Ragnarok – Where to Find All of Odin’s Ravens

To kick things off, you’ll need to get the Mystical Heirloom relic. Travel to the Lake of Nine mystic gateway in Midgard and sled down to the south of the lake, just south of Tyr’s Temple.

There you’ll find a cluster of ice blocking the path to a small area. Throw the Draupnir Spear at the weak spot and and detonate to clear the ice. The relic is on the left as you enter next to a body.

When you pick up the relic, Mimir will suggest there’s more to the relic that it appears, something that the Receipt of Purchase Lore Scroll found next to it backs up. As the scroll suggests, the relic can ‘awaken…a trove of untold adventure and fortune.’

For the sake of getting to the point, this means a whole lot of Troll hunting. You’ll need to use the relic at specific locations in Alfheim, Midgard, and Vanaheim to summon the trolls. There are three trolls (technically four) to defeat.

Defeating the first troll gives you the blueprints for all three parts of the armor set, along with a first batch of supplies to craft them. Killing the other trolls gives you further resources to craft the rest of the Steinbjorn armor set – Slumber Stones.

Portal to the mystic gateway at The Derelict Outpost, Midgard. Climb up the chain to the shop above, grapple across the two gaps on the left. Ahead is a statue of a troll. Use the Mystical Heirloom to summon Blodugr Steinn. Defeat them and pick up all the loot.

Portal to The Hjarta mystic gateway in Alfheim, then take the sled west into The Forbidden Sands. Head as far west as you can and look for a grappling point up to what looks suspiciously like an arena. Walk up to the troll statue at the back and use the Mystical Heirloom to summon Bjarg Stormr. Defeat the troll and grab all the loot to trigger the Steinbjorn Armor Labor.

Portal to the River Delta mystic portal in the River Delta, Vanaheim. Board the boat at the dock and follow the river left round to Noatun’s Garden. At the back of the area are two troll stones. Use the Mystical Heirloom to summon Golrab of the Ashes and Golrab of the Frost. As with the others, grab all the loot, especially the Slumber Stones needed to craft the Steinbjorn armor in God of War Ragnarok.

To craft the set, simply visit Brok/Lunda’s blacksmith shop in any of the realms after completing all three troll fights. You can craft one piece after the first fight, but you’ll need to kill all four trolls to get the Slumber Stones needed for the complete Steinbjorn Armor set in God of War Ragnarok. The set includes:

That about wraps up our guide to getting the Steinbjorn armor in God of War Ragnarok. For more help making your way through the Nine Realms, head to our dedicated hub guide for walkthroughs, best armor, full realm guides, ravens, collectibles, and more.