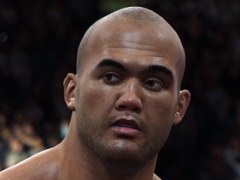 It’s easy to be overwhelmed by all the different attributes available to improve, and it’s convenient to let the computer handle the allocation of your hard earned points, but don’t. It’s important that you craft a fighter that’s well equipped to survive the early years when he isn’t at his peak, and then is well-rounded enough to survive all challengers in the latter years when pushing for a title or holding on to the belt.

Your fighter’s style will dictate which attributes to focus on, see which attributes are highest and consider focusing on them as well as your basic defence (chin, stamina, endurance etc.) and you’ll have a good fighter ready to take on the UFC.

When do I buy transitions in EA Sports UFC?

Without transitions you’ll find yourself struggling to get your back off the canvas when the fight goes to the ground. At the start of career mode you lack the basic techniques to transition out of trouble and also take advantage of dominant situations, so make sure you invest and are able to stay in a fight.

The most important transitions to buy in EA Sports UFC

The two most important transitions to purchase are Submissive Full Mount to Half Guard and Submissive Back Mount to Half Guard (you can find them under Moves – Ground Transitions). If you don’t have these in your arsenal, you won’t be able to escape an opponent’s mount, and it’ll be game over, certainly for the rest of that round at least.

It’s important to buy all of the transitions early in your career, but these two are essential as soon as you can afford them.

How to I knock opponents out in one blow in EA Sports UFC?

A single punch or kick can end a fight, so equipping your fighter with a power limb at the earliest chance is key to making him effective.

Spend points on your power hand or leg (as opposed to the arm you jab with and front foot), depending on fighting style. It’s better to have a powerful punch than a kick, as punches are trickier to block and you have a greater variety from the outset without having to invest in extra moves. Uppercuts, hooks and overhands give you more ways to take out your opponent.

Power is the better investment over limb speed in the first few fights, as you’ll be playing against AI you don’t have to think about trying to ‘trick’ fighters into mis-reading your strikes.

Buying a couple of moves for that limb will also help give you a go-to when it comes to stoppages.

How to make your EA Sports UFC fighter go the distance

You need to be able to go the distance in order to stand a chance, it’s equally important to be able to take a few hits without going down, too. Investing in stamina and resistance to damage is important throughout your entire career. You need to max out ALL of these stats.

Is it worth buying cheap upgrades in EA Sports UFC?

If you have spare Evolution Points, don’t waste them on upgrading low attributes simply because it’s cheap to do so.

The reason certain stats are cheap is likely because they aren’t your discipline’s focus. For example stand-up striking-based attributes for a Brazilian jiu-jitsu specialist are likely to be cheap as your strength is submissions. Focus on improving your fighter’s strengths before balancing his weaknesses.

Is it worth bothering with training in EA Sports UFC?

You can earn over 1000 Evolution Points through a fight, but only a hundred or so through the three training drills you get to do between fights. It’s important to take advantage of the training exercises at the start of your career, but you can skip them later on when attributes become expensive to upgrade and fights become the only worthwhile way to earn Evolution Points.