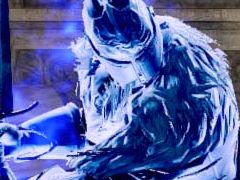 If you’re completely new to Dark Souls, you might want to give this a miss for now. Fumble around in the dark for a bit, make your own decisions and mistakes and read this when you hit a wall in your progression. You’ll have a greater base knowledge for this information and hopefully you’ll find it helpful. (If you’re already fairly au fait with the whole Dark Souls thing, you probably know all this already!)

This isn’t a player’s guide. This isn’t something that is going to walk you through Drangleic step by step. Despite the various armours, weapons and stat screens you will come across, Dark Souls 2 isn’t your traditional RPG and trying to play it as one will result in some stilted progress and a taste of that much-discussed unforgiving difficulty. This piece is more about things specific to the Souls games, explaining some of their unique systems, and learning the mindset required to overcome the challenge ahead.

Every single move you make in Dark Souls needs to be thought out and calculated, or you will absolutely end up on dead. Whether this is simply taking care when traversing the various areas so not to recklessly run into a trap, like a hole full of poison gas, to picking your shots and being patient when fighting a tough boss, patience is key. Common deaths, from new players to supposed experts, are things like ‘going for that extra hit which could finish an enemy off, only to be beaten to the punch’, or the classic ‘panic and go for an Estus Flask use when you really should be keeping your nerve, dodging and THEN going for the cure’.

Occasionally, your stupid feat of bravery will work, but don’t let that fool you – you’re not getting away with that again. Patience, concentration and a thoughtful approach will get you very far in Drangleic, more than any stat bonus.

So, you’re playing Dragon Age and you’re stuck at some boss. Grind a bit, level up, stick your points into the stat that will give you more health or make you hit harder, find a weapon that has better statistics. Done. That isn’t entirely the case in Dark Souls 2. Sure, some stats will raise your stamina and maximum health. But as those heroic players who became a ‘Onebro’ in the original game proved, your maximum health means absolutely nothing if you’ve got great armour and, better yet, you’re good enough to avoid damage in the first place!

If you’re stuck in Drangleic, simply running up to the Emerald Herald and throwing all your points into stats that raise your health and stamina is just going to make that boss take maybe another couple of hits to finish you off. Instead, speak to the blacksmith. By ‘reinforcing’ your weapon, it will get substantially stronger and will make a huge difference if you find yourself falling short in an area. Also, each weapon’s damage scales with a certain one of your stats, with the incremental gains rated by a system from E – A. For example, a weapon that has a B in Strength scaling will gain more damage points per level in Strength than a weapon with a D rating. So, the idea is to reinforce the weapon you like the most as much as you can, then top it up with points that make the damage scale. Simple, right?

As touched on above, weapons come in a variety of different shapes and in a plethora of varying elemental and magical flavours. Once you find one of the many different stones that correspond to a certain power, you can use these to imbue your blade/axe/club/hook hand with that specific type. These are really, really powerful, usually giving your weapon a substantial damage boost over its ‘normal’ equivalent, which in turn is even more damaging against an enemy weak to attacks from that specific type of magic/element. HOWEVER, the trade off for this large jump in damage is that these weapons lose any of the aforementioned stat scaling, meaning that the only way you can increase their damage output is by reinforcing them at a blacksmith. As is the case with all things in Dark Souls, this doesn’t make them worse in any way, just different. (note: some magical enchantments still have some stat scaling. ‘Divine’ magic, for example, scales with the Faith stat. Keep an eye out!)

JACK OF ALL TRADES, MASTER OF NONE

Don’t spread your souls too thin in Dark Souls. If you’re trying to have a bit of magic, a bit of ranged weaponry, a bit of heavy weaponry and are generally trying to create a build that can use everything, you’ll find yourself at a disadvantage when the really tough bosses show up. Sure, you might have a decent spread of health points, stamina and a handful of half-cooked weapons, but compared to how effective a character build that is specialised around a weapon or a set of spells is, with every single stat point spent on maximising every aspect, you’re hugely outgunned. Dark Souls experts build classes for loads of specific things, obvious stuff like biggest damage, best defence or the ability to get the most out of a certain weapon, but also craft builds designed specifically for certain aspects of the PvP combat. Remember – everything is completely viable, so find something you like using and build yourself around it.

PvP is an area where Dark Souls 2 has been changed somewhat. It used to only be possible to be invaded by another player when you were in human form, but in Dark Souls 2 ANYONE can be invaded, at any time. The multiplayer stuff is some of the coolest in any game, but getting relentlessly murdered by some double-hard Dark Souls pro over and over again can be a bit frustrating, so heed this advice. At the very beginning, when you get to the bonfire in Majula, there is a dude sat on the steps of the big monument nearby. Talk to him a few times, and this crestfallen fella will invite you into a covenant and give you a ring. Once joined, wearing this ring will summon a player who is in another covenant to your aid whenever you’re invaded. If you just want out of it completely, burn a human effigy item at the bonfire and that will basically ‘turn off’ invasions for that session. Coward.

IT ISN’T ACTUALLY THAT HARD

Well, it isn’t. Okay, it is. It is pretty hard, but a lot of this is down to how at odds it is with every other modern game out there. Is it hard when compared to say, the original Castlevania or Ghouls and Ghosts though? It requires a way of thinking that most other games these days simply don’t require, so if you expect to get given an easy out or assume you can fumble your way through then you’re very much mistaken. But don’t be overawed by the scenery or the size of the enemies. They’re all beatable. Hopefully, this article has given you a foothold in the world of Drangleic and has given you that first proper step on your journey beyond death. Good luck!