Best Moveset for Charizard in Pokémon Scarlet and Violet 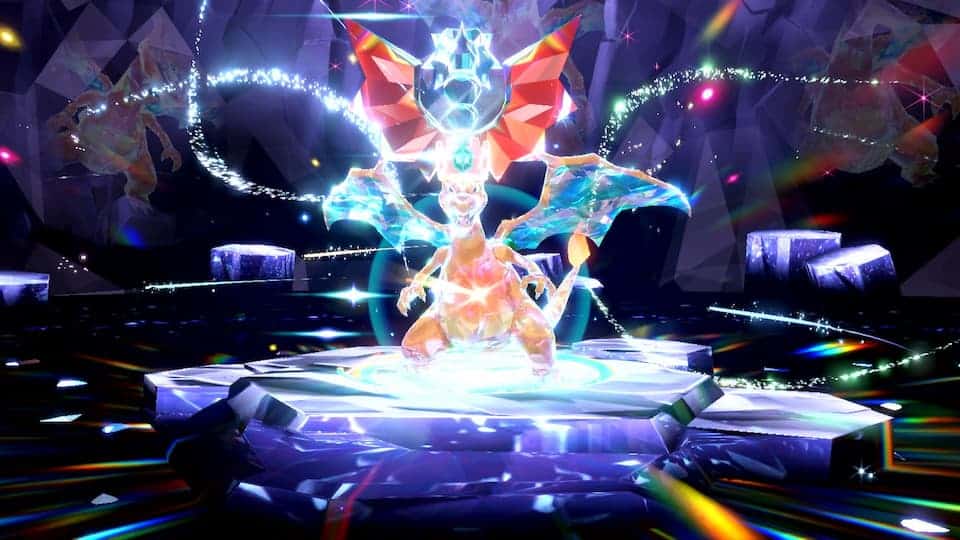 Updated on January 19, 2023 by VideoGamer.com Staff

Charizard is perhaps the most beloved beast in the world of Pokémon, and that’s for a very good reason. You get to use it in one of your first-ever Pokémon adventures, and it gets enough love to be one of only two Pokémon to get two Mega Evolutions (Mega X and Mega Y) alongside Mewtwo.

While you can’t really Mega Evolve Pokémon in Scarlet and Violet, Charizard still has enough going for it to find its place in your battle party. In this guide, we’ll help you find the best way to optimize Charizard’s arsenal by providing the best moveset you can utilize for it.

Before we get into Charizard’s recommended moves and our rationale behind them, we need to uncover the attributes that make Charizard stand out against its competition. Like all starter Pokémon evolutions, Charizard boasts pretty impressive stats, crossing the 500 mark without even incorporating EVs and IVs.

As far as abilities go, the ones Charizard gets truly cements its niche as a powerful Special Attacker. Charizard gets the standard starter ability of Blaze, which boosts the damage output of its Fire-type attacks once it reaches a third of its health. This is complemented by its Hidden Ability, Solar Power. SP buffs Charizard’s Special Attack by a further 50% in harsh sunlight, which can be caused by Drought, Sunny Day, and Orichalum Pulse.

If you’ve been following the numbers closely, all these buffs result in Charizard getting its STAB, Sunny Day amplified Fire moves damage boosted by 50% four times over. Since damage multipliers stack, this means Charizard’s special Fire-type attacks would be doing more than four times their base damage on top of the spectacular Sp. Attack Charizard gets by default.

Now that we’ve clarified the role Charizard tends to play, we can get into its recommended moveset. You can find its ideal moveset in the table below, although that’s not to say there aren’t other viable moves you can slot into its arsenal.

Sunny Day has an obvious role in Charizards tool kit, to trigger its Solar Power ability and boost the strength of Flamethrower, whilst nullifying the charge-up period of Solar Beam.

Solar Beam hits Charizard’s counters like a truck, especially the obvious Water types and Rock types. After being set up with Sunny Day, you can spam out Solar Beams for the next five turns without worry… almost. You have to be conscious of the health reduction Charizard gets each turn due to the Solar Power ability, so make sure you’re using it at the right time.

This brings us to Flamethrower. Charizard doesn’t necessarily suffer from the health debuffs, as they help bring it in the pinch it needs to be in to trigger the final buff to its Fire-type attacks. Flamethrower will be Charizards staple Fire-type move that can deliver more consistent damage when compared to the likes of Fire Blast and Overheat. The latter two moves can be a little overkill anyways since your Flamethrower is going to do four times its actual damage anyways

Finally, we have Ancient Power. The sole purpose of this move is as a coverage move since Rock can hit plenty of typings for super-effective, particularly opposing Fire-Flying pokemon that won’t get hit as hard by Charizard’s other moves.

NOW READ: How To Get Special Pikachu In Pokemon Scarlet And Violet

A lot of trainers get surprised by how hard Charizard can hit, especially since the damage output of its moves is hidden behind its abilities and setups. That surprise factor is exactly what makes Charizard a scary Pokémon to be up against, and you should make the best use of it by giving it the moves it needs to be set up for success.