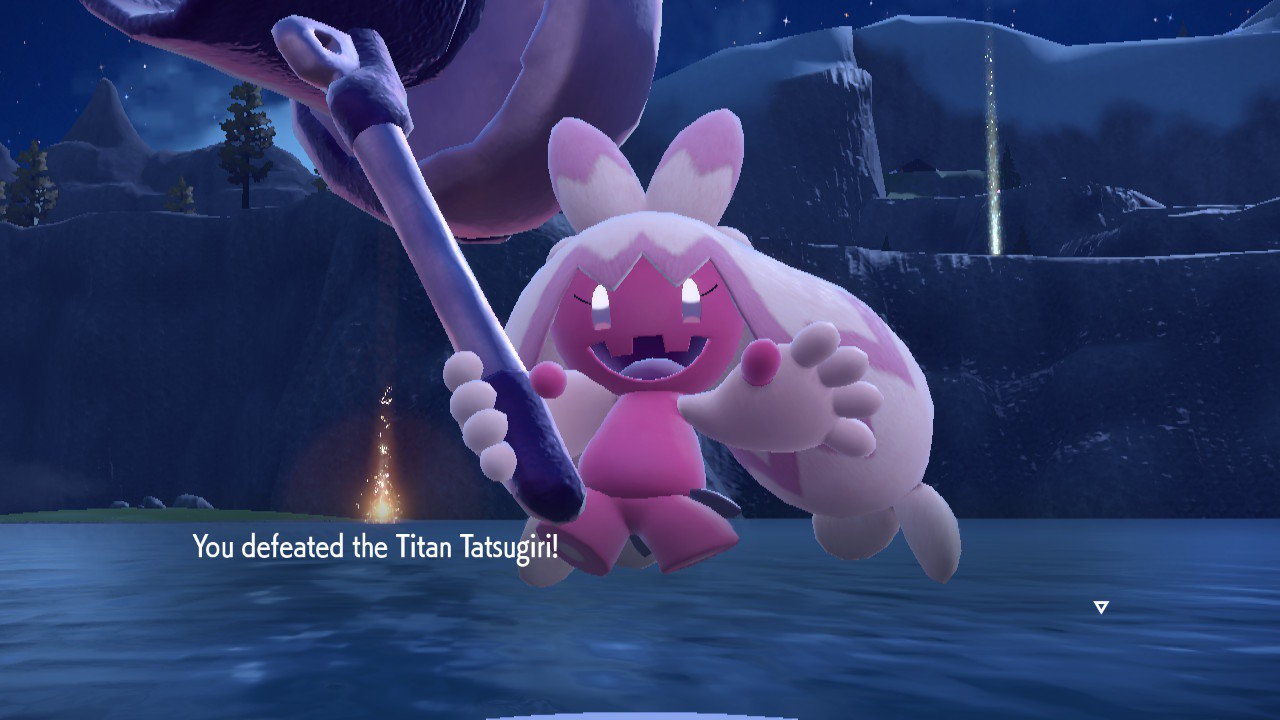 Updated on January 6, 2023 by VideoGamer.com Staff

Fairy-type Pokémon are often associated with cuteness and elegance, harnessing magical powers similar to elements of positivity, purity, and restoration. This type was added in generation six to lessen the impact of the strong Dragon type and give an advantage to Steel and Poison-type Pokémon.

These cute and often elegant Pokémon are inspired by fairytales and folklore, with most of them being helpful, but others are tricksters. Fairy-type Pokémon aren’t abundant in the Pokémon world, but they’re one of the most potent types, and here are the best ones you can find in the Paldea region.

A Fairy-type Pokémon that strays from the cute and helpful route and leans more into trickery, Grimmsnarl is an amazing addition to the Pokémon world. He is a master of pranks and can control every fiber of hair he has on his body, like his muscles. Grimmsnarl has the Prankster ability that suits his character and works best as a defensive barrier and a screen setter. Grimmsnarl has excellent Dark Fairy typing, which allows it to stay in the battle for a while.

The Ghost Fairy-type Pokémon that always wanted to be cute, Mimikyu always dawns a mantle with which it wants to resemble a Pikachu. Mimikyu’s origins and lore are excellent; its addition to the Pokémon roster tells a story that’s ignoring its strength. It can be used in many ways, from being a defensive barrier to a strong attacker; its ability, “Disguise,” allows Mimikyu to stay in the battle even after a strong attack. The number of options you get from Mimikyu can confuse your opponents even though it has low HP. However, that can be managed through the move substitute.

At first glance, Azumaril seems like a weak pick because of low stats, but it has a card up its cute puffy arms and the ability “Huge Power” that doubles its Attack. This changes the game and turns Azumaril into a bulky beast ready for anything. Its excellent typing allows it to take on almost any Pokémon. With Aqua Jet, the slow speed stat doesn’t matter, making it easy to take out weakened Pokémon. Its Tera types are suitable too, especially Fire and Grass, which shifts the game in its favor.

A cute Pokémon that hits hard and knocks it out of the sky, especially Corviknights, Tinkaton is a new addition to the Pokémon roster. This Pokémon has unique typing Fairy Steel, leaving it weak to Fire and Ground-type moves. It doesn’t boast the best Attack stats but makes up for it with good defense and its signature move, “Gigaton Hammer,” with 160 base power. With a Swords Dance set up, it becomes a strong force, especially if you mix it with its Steel Tera type.

Sylveon is the eveelution we never knew we wanted; it became an instant fan favorite having a cute design and a lovely aura. The reason why this Pokémon is on this list isn’t its good looks, and it’s because of its Special attacking abilities and good bulk. Even though Sylveon is slower than many Pokémon, the Pixlate ability boosts Normal type moves and turns them into Fairy, which works terrific for Hyper Voice. Its Tera type allows it to have good coverage against steel types which upped its ranking on our list.

A Pokémon that has stood the test of time, Gardevoir is an elegant Psychic Fairy-type Pokémon with great Special Attack and defense and excellent coverage. It can tackle almost any Pokémon, and its STAB moves hit hard. Using Calm Mind alongside it makes it harder for its opponents to survive. Its abilities help Gardevoir work well in single and double battles, and it does have low HP, so it needs to be switched in correctly to make an impact. Its Tera type helps it hit even harder, putting it high on our list.

Scream Tail is a Paradox Pokémon that is seemingly an ancestor to Jigglypuff, just highly aggressive. Exclusive to Pokémon Scarlet, this Pokémon has strong stats, which helps it function best as an all-rounder; it’s best used to take control of situations and counter heavily. It can be used as a Wish setter or a Calm Mind-using attacker. That excludes its ability which boosts its attacks during a sunny day. It’s a cute Pokémon that you might need to be wary of.

Another Paradox Pokémon exclusive to Pokémon Scarlet with insane stats and great coverage, Fluttermane is the ancestor of the Misdreavus line of Pokémon. This Pokémon is so broken with its stats allowing it to one hit KO any Pokémon in its wake with moves like Moonblast, Shadow Ball, and Calm Mind. Its low HP and Defense might’ve been a problem if it didn’t have such a high-speed stat; it almost always goes first. Its typing gives it immunity from three types and only two weaknesses. For all those reasons, it was banned from competitive play. This is why you should try to get one for yourself.

Florges is a Pokémon that signifies Fairy type perfectly, from its great bulk, Attack, and support to the ability which helps its partners in double battles. Its Stab moves hit hard, and moves like Wish turn it extra supportive. It can last a while in battles with Synthesis; Florges is a pure Fairy type Pokémon which reduces its weaknesses to only two. It’s a fantastic addition to any team and will always be there for the team.

Paradox Pokémon are the strongest in this generation. For good measure, Iron Valiant resembles Gardevoir and Gallade and is exclusive to Pokémon Violet. It has the most unique typing in the series, which boosts its versatility; even though it has a lot of weaknesses, it doesn’t allow them to attack first. It can work with Calm Mind or Swords Dance. Its unique Tera types never allow the opponent to see what’s coming next. This Pokémon hits even harder with its STAB moves and usually ends up one hit KO’ing most Pokémon. It’s truly an amazing Fairy-type Pokémon, leading it to the top of our list.