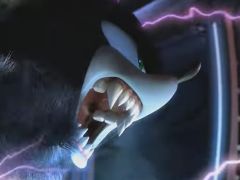 Why Sonic Mania will be the best Sonic game for years

An obvious one this. Bestiality, as you probably know, is seen by most people as one of those things you should seek to avoid at all costs, like polio or watching Aston Villa. Sonic 06, however, is not something that adheres to logic, reason, or even a basic understanding of right and wrong. And so we got the sight of a human woman kissing a giant blue hedgehog, in a series which used to be about running really fast. That this was only one of about twenty-five thousand different infractions Sonic 06 made against common sense and rudimentary human sanity speaks volumes about the trouble that project had, but the easiest fix for Sonic Mania is: don’t have animals getting off with people.

It’s being worked on by some talented people

Sonic Mania is a game which aims to recreate the magic of the early Mega Drive titles, and if you can’t get all of the original team then what better way of doing it than bringing Christian Whitehead on board. Whitehead was responsible for the iOS versions of Sonic, Sonic 2, and Sonic CD: after programming the latter as a proof of concept using his own tools/engine, his work was officially released by Sega. So, he knows what he’s doing, which is handy, and so far he also hasn’t been responsible for putting any bestiality into any platformers, which now makes him automatically the strongest possible candidate to make a new-old Sonic game.

Full disclosure: once upon a time I used to work for Sega. While I was there, Sonic Unleashed came in for testing, and everyone was in agreement that it looked ‘OK, kind of’. Which, given the doldrums the (console) instalments were languishing in at that time, was high praise indeed. Then, as these things are wont to do, the whole thing went totally fucking sideways with the introduction of the Werehog. (Sigh.) Everyone who saw it knew it was a load of old nonsense, and it also had the rather damaging effect of affecting the morale of the people assigned to test it (Unleashed’s reputation in testing was pretty good: people didn’t mind playing it. Or, at least, the main Sonic bits). Considering that most games testers are so depressed the thought of an explosion ripping through the building and killing everyone counts as blissful fantasy, this was not a good look.

Anyway, it doesn’t look like Sonic Mania will have any Werehogs in it. Good.

Sonic 2 wasn’t even that good

Remember Sonic 2? Of course you do, it’s the Sonic game that a lot of people’s minds race to whenever the series is brought up. Robosonic! Tails! Chemical Plant! That other stuff! Sonic 2 is the game we all know, we all love, and we all remember as being the best and greatest thing the blue hedgehog ever did. Fact.

The problem with all this, obviously, is that Sonic 2 isn’t close to being the best Sonic game. That’s right. I said it. Don’t let nostalgia hold you prisoner anymore. Free yourself from the chains of childhood. Sonic 2 was good. In places it was really good. But did it have zones on par with Marble and Labyrinth? Star Light Zone? No it did not. And it sometimes only had one or two levels per stage rather than three. What a rip-off, eh? How did we ever let them get away with that? If Sonic Mania has three instead of two, it’ll be an easy and instant winner.*

He doesn’t have a gun

The 1990s and early 2000s were a time when everything in the marketing world seemed to revolve around one thing: baditude. For those of you unfamiliar with the phrase, just think of Sega’s old adverts for the Saturn and Mega Drive, which encapsulated cool as imagined by a 12 year old boy.

That’s baditude. Sonic himself as a mascot is defined in part through baditude: the wagging finger, the impatient foot tap, the impertinent nature of his being. The peak, the zenith of Sonic-related baditude is to be found in 2005’s Shadow the Hedgehog, where the eponymous character carries a submachine gun. Think about that for a second. A Sonic character wielding a weapon used by special forces troops to kill people in tense hostage rescue scenarios. Does that sound like something a Sonic game should have? By all means, if you want to include Sonic in your Rainbow Six game as a special character storming the Robotnik Embassy then do it. Otherwise, stick to jumping on people’s heads.