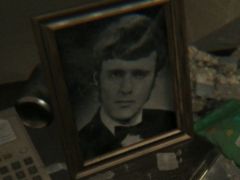 Why P.T. is a bigger loss than Silent Hills

Silent Hills is dead. Reading between the lines, it appears to be another victim of the ongoing saga of Konami Corporation of Japan vs Hideo Kojima (also of Japan). Which is a shame, it has to be said. The potential was there – with Norman Reedus and Guillermo Del Toro also on board – for something interesting, if not guaranteed to be special. It could have been the best Silent Hill game in years. We’ll probably never know for sure.

What we do know, however, is that the best horror game in years – one that actually exists, that you can play right now – is being pulled from PSN on Wednesday, in what appears to be a direct knock-on effect of the Kojima situation. It is this fact which irritates more than the cancellation of a game no-one knows anything about, above and beyond the involvement of some heavy-hitting creatives.

P.T. is the freshest horror game in a generation, while also being the sort of genius marketing move that has ad guys everywhere being sick onto their Herschel bags and cancelling their yoga classes out of shame they didn’t think of it. To hear it described, its setup doesn’t seem to be anything special: you walk around (part) of a big house, one of those ones with low light and long, narrow corridors so you can see your assailant’s shadow lengthening as they chase you down them with an axe. Things, as they are wont to do, go sideways very quickly. It leans heavily on the psychological: ringing phones, burned out photos, crying babies. It also finds inspiration in the lank hair and demonic faces of girls found in early 2000s J-horror. It’s been done before, a lot.

But its delivery, in both creative and distributional senses of the word, was inspired. Like a lot of great horror success stories, P.T. seemed to come out of nowhere: no massive marketing campaigns, no Inception horns, no countdown bullshit, no developer interviews where they trot out the same old promo quotes. One appearance at Gamescom, and boom, it was available to download, for free, right then and there thanks to digital distribution. Cheers.

It didn’t need all those other marketing gimmicks because it was one, and masterfully executed at that. It took early advantage of the power of PS4, when other games weren’t doing anything of the sort, to create an until-then unseen level of visual fidelity in the haunted house oh-shit-did-you-see-that genre. Its looks would have been a selling point, had anything been charged for it aside from your time. Needless to say, the fact it was free attracted players, and once they had it, its excellent lighting (and direction) enabled it to achieve its goal of scaring the fuck out of people. But it also combined good looks with a crafty hook: as you circled the right-angled hallway, you soon started back again, with the unravelling of a series of (maddening, at times) clues and cues the key to progression.

Word of mouth – or, more accurately, its online equivalent – spread quickly, especially after the revelation that P.T. was actually a teaser for a new Silent Hill. But it wasn’t just that: P.T. was also a near-perfect game for integrating digital horror with the social age. It took advantage of the PS4’s new Share functionality, as players chronicled their experiences and posted them. People jumped on Twitch to help others out, or just watch them get scared half to death. There was a winning sense of mystery to PT: a prize puzzle to be solved. David Houghton rightly noted its bizarre construction, its seeming lack of logic, its “spread into the real world”, as some of its most important facets, and he’s absolutely right. P.T. used new console functionality (and the media it posted to or used) to complement its dismissal of established video game standards, such as ‘tutorials’, ‘hints’, or ‘reason’, to create something that begged to be shared, even if only to be understood.

Each element – the craftsmanship of the game itself, the social media/sharing angle, the unexpected nature of its release, the need to share your experiences to make sense of it, meant that the buzz around P.T. was huge: akin to a real cinematic horror phenomenon, albeit on a smaller scale. It wasn’t just an ad wrapped in a game, like Sneak King or Doritos Crash Course. It worked, as both something to play and something to get you excited for Silent Hills.

That said excitement has been dashed by creative differences between Kojima and Konami is naturally disappointing: no-one wants to be let down, especially not after such a superb build. But P.T. itself still stands without Silent Hills, even if some of its lustre – if not its chills – have been lost over time, and for it to just disappear would be a huge shame.