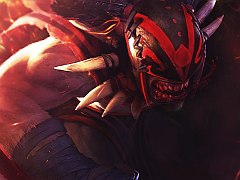 Except, of course, that hasn’t really been the case either (provided you’re not looking at the UK sales numbers). Just last week Bethesda released a grand content-stuffed add-on for The Elder Scrolls V: Skyrim, last year’s King of the Boxed Game, and if that’s not enough to get you incredibly excited then you probably aren’t that keen on Skyrim. But that’s okay! There is almost certainly something new, rich and exciting on a shelf waiting for you: Borderlands 2, Halo 4, Far Cry 3, Dishono(u)red, Max Payne 3 – all fine examples of boxed games delivering the kind of whizzy experience boxed games absolutely should. Bravo!

Why, then, has this malaise afflicted me? I suppose there’s been a string of painful disappointments from plenty of other big-budget games, and the sense I’m being repeatedly sold the same experience time and time again feels particularly gruelling this year. This is truly an industry that lives on games where you shoot people with guns, and in the past few years I have shot an awful lot of people. Perhaps I am tired. So very tired.

Still, the unrest runs quite a bit deeper than the fact games like Hitman: Absolution and Resident Evil 6 were cack. There’s also been (and this sounds incredibly vague) a certain feeling. Plenty of people think it’s because they’re tired of Xbox 360 and PlayStation 3 and they want next-gen hardware, but I’m not sure it’s that either. If you ask me, my ill sentiment towards much of this year’s output is because I am desperate for new experiences in gaming – and, if you’ll allow me to suggest it, those desired experiences must be far more than just the same old shooters being whizzed up with another layer of technology, or cherished old franchises being run through the Call of Duty training academy.

Still. I have been grumpy this year, but I probably shouldn’t have. Case in point: one of the best things about the last few years of the games industry has been the proliferation of new ways to play games. My stand-out highlight of 2012 has been Valve’s Dota 2, a game ineligible for our Game of the Year award due to the fact it’s (despite me investing over 150 hours in it already) not actually out yet. That’s a funny old situation to be in, of course, and it casts a particularly gloomy eye over traditional gaming media, and the very concept of a Game of the Year award itself, in a medium that’s rapidly seeing an influx of connected, evolving services as opposed to things you stick in a box and dust off when it comes to that time in December when we need to start posturing.

Despite Dota 2 being my personal be-all and end-all (while writing this I am also engaged in an e-mail chain about establishing a serious Dota 2 team, no joke), this canny strategy title represents plenty of things people are currently afraid of. It’s free-to-play and fuelled by microtransactions, although Valve wisely opts to make its premium content purely cosmetic. It’s also online only, eschewing the kind of single-player experience most of in our twenties are so used to. Microtransactions! Free to play! Online only! These are the kind of things that plenty of us are currently terrified of, and not without good reason – there are plenty of exploitative free-to-play games out there. But I think it’s worth asserting that not every company making free-to-play is Zynga, and not every free-to-play game is obnoxious, money-grabbing guff.

While these ideas of change will upset many, I don’t think it’s something to be particularly feared. Let’s not forget that digital distribution – a concept now warmly received – was a thorny, contentious unknown at the launch of the Xbox 360. If you had told somebody in June 2005, as they no doubt celebrated Tony Blair winning his third term, that come December they’d be having far more fun playing the 400MSP Geometry Wars on their £280 Xbox 360 than they would that £50 copy of Perfect Dark Zero, well, their head probably would have exploded at the sheer madness of it all.

Digital, by way of things like outrageously priced indie bundles, competitive sales and predominantly the iPhone, has also inadvertently ushered in an era where we expect to be paying less (if anything) for our games. One of the things I hear people say a lot is that that these newfangled ways of peddling games will come at the detriment of traditional single-player experiences, though I don’t really buy it. The idea certainly makes for a juicy, salacious talking point, but if anything it’s our grand, bold and successful single-player games that make life harder for other single-player games. Everything in our medium is getting bigger, from the swelling audiences to the rising development costs and, crucially, the expectations of length for our big-budget boxed games. Skyrim, which is such a lovely, dense and rich adventure, is also a massive blockbuster which continues to pad itself out with additional content, even if Dawnguard and Hearthfire were a bit crappy. Bethesda’s epic is now such a time commitment that many of us didn’t actually need to be ingratiating ourselves into dozens of single-player universes every month. Trying to exist in Tamriel, Amalur and the Northern Kingdoms at the start of 2012 was basically an impossible feat.

I haven’t even mentioned the inescapable attraction of some of 2012’s wonderful, creative digital titles. Hotline Miami, Journey, Trials Evolution – bliss. I think I’m playing games for as much time as I always have, but at the same time I think I’m playing far fewer games now than I did three or four years ago.

Time is another key commodity that’s easy to forget. Increasing demands on our time, and from a swelling source of options, will obviously have an effect on gaming over the next few years, and the ramifications of publishers trying to transition their games into services will start to be felt over the coming months. My money is on most publishers doubling down on their signature franchises at the expense of a wide range of games, and while such sentiment will have a chilling effect on the financial cogs that power the current state of the industry I don’t see this as a particularly bad thing for gamers.

Much of the traditional games industry – publishers, developers and media – are sitting anxiously in the hope that the triumphant reveal of new console hardware will both revitalise an industry and return it to how things used to be. I sincerely doubt the arrival of new Xbox and PlayStation will trigger a renaissance of the games industry circa 2007, but we shouldn’t want it to. In the end, I like to think of these new ways of playing, and the tantalising prospect of what the future can bring us, as ways to enhance games as opposed to a replacement for what we’ve been used to.

I have felt disappointed by games in 2012, then, but maybe that’s because I’ve spent too much time thinking about the wrong games. There’s been plenty of disappointing muck over the last year, but these are disruptive, exciting times, and while I believe certain publishers, developers and media outlets might struggle to keep up, the games we are playing and the ways we play them are only going to get better.