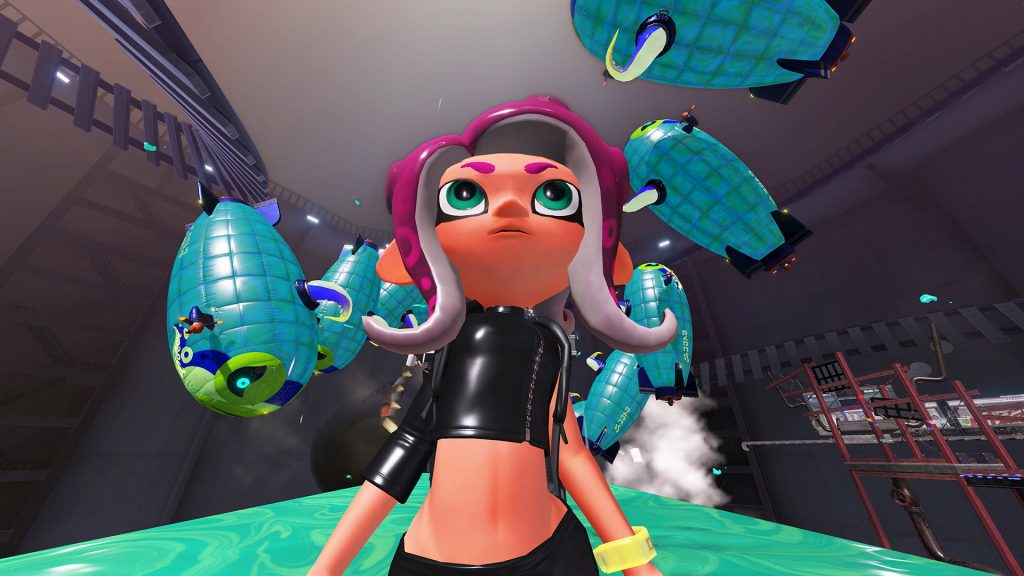 When you think “DLC”, you really don’t think Nintendo. In fact, sat here writing this, I’m genuinely struggling to think of anything even close to add-on, expansion, or downloadable content for a platform that isn’t the Switch, or wasn’t rebundled cheekily as a “definitive edition” for Switch – which, let’s face it, is a more betterer version of the Wii U but everyone pretends it isn’t because then they’d have to admit they were wrong. But while a leopard can’t change its spots, Nintendo can get with the times, and that’s exactly what Splatoon 2’s Octo Expansion is cementing.

Mario Kart 8 on Wii U brought us new tracks, and that really was a very early indication that the publisher was getting with the times, but for every game like that (and those tracks were genuinely excellent, by the way) there were multiple first-party releases either ignored post-release, or updated in peculiar ways; New Super Luigi U, a harder version of New Super Mario Bros. U, was both DLC and a standalone release, confusingly. It didn’t even bring Luigi’s gargantuan penis into the public eye like Mario Tennis Aces did. What’s even the point, you’d be fair to ask.

The phenomenal The Legend of Zelda: Breath of the Wild gave us hope that things were improving on new hardware. The first pack offered the Master Trials, but you could only get the second pack (The Champions’ Ballad) if you purchased both which is, honestly, just not the way to do it. People don’t like being forced to buy a glorified patch to get to the good stuff. 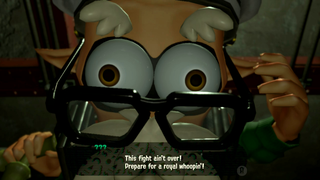 Splatoon 2 has received new maps, weapons, clothing, and balance patches to make the game better. Octo Expansion, though, is a wholly new piece of content and you don’t have to jump through hoops to get playing; it’s a one-time purchase, single-player piece of content that costs £17.99, and it’s excellent.

Incredibly, it’s basically an entirely new single player campaign, and with 80 levels it’s arguably longer than the story from the game’s original adventure. It’s creative and daft, with characters like C. Q. Cumber (say it out loud – it’s brilliant and if you disagree you have no soul). New character Agent 8 and returning fav (probably, Nintendo fans like everything) Cap’n Craig Cuttlefish (Callie and Marie’s grandfather, if you recall) are trapped down in the Deepsea Metro, which is basically the London Underground, and have to get out. Before the action gets underway you get a weird Splatoon-2-but-also-kinda-Nintendo-like tablet that shows you the Metro, as well as conversations between Craig, Pearl, and Marina that are like chat rooms from the 90s, only less pornographic and funnier

All of this takes place across those aforementioned 80 levels, and the ideas here are just so mesmerising. While others might phone it in for DLC, Nintendo has created levels that are brimming with fun action and, surprisingly, variety. On top of the boss battles, you’ll find levels that’ are just a simple shoot out, and courses that require you to use your paint gun to push a ball across chasms that threaten to scupper your success. You might think you’re a Splatoon GOD from your time with the base game content, but these levels are tough.

There’s a currency at play that lets you access each course, and you can even restart from a checkpoint if you fail, but you’ll have to pay a fee again. Upon completion you’ll be rewarded with said currency, but you’ll have to work for it – the precision required for some of these missions is truly brilliant. You’ll lose so many lives that Pearl and Marina will take pity on you and offer up the chance to skip the course, just so you don’t get frustrated. Even here, Nintendo manages to maintain accessibility. 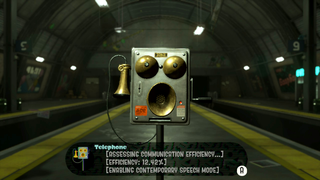 The actual playing of the game is met well by the hip attitude that only works because of the kind of aesthetic Splatoon 2 has. In a game like The Crew 2, for example, the attitude feels not only rad but it means it, whereas in Inkopolis and, of course, the Undersea Metro, it feels jovial and like it just wants you to enjoy it.

All of this contributes to Octo Expansion being a terrific piece of DLC. While every other publisher is jumping ship and releasing standalone expansions (see Bethesda), or pre-order bonuses, or even high-priced early access options to get people to give them more money, Nintendo are behind, and still doing expansions and downloadable content.

But because of this, and in my own opinion, it was better when games kept us playing them because of high quality, bespoke, produced add-on content. Sure, horse armour has become a joke for the ages, but if Nintendo continues to give us  these amazing single player add-ons that are a reminder of why we paid for the game in the first place then it’s alright by me.

Also, C.Q. Cumber is fucking brilliant, and justifies the price alone. Fight me. 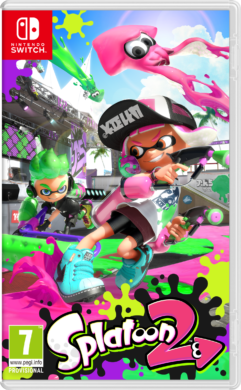