Sony's PS4 Conference: What We Want To See... And What We'll Probably See - VideoGamer.com 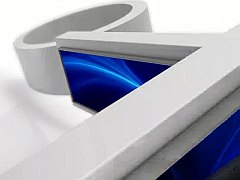 Sony’s PS4 Conference: What We Want To See… And What We’ll Probably See

Tomorrow night Sony will hold its See The Future conference in New York, where the PlayStation 4 will be revealed. Here’s what we want to see from the announcement.

This is unlikely – Sony will no doubt want to milk the exposure and make us all play the guessing game between now and, say, E3. That said, the company is in a very delicate position at the moment: what if Microsoft takes the lead, aggressively announcing a date if Sony doesn’t? Release announcements are always difficult to strategise – just ask Sega, embarrassed by Sony itself (and its own ineptitude) in 1995 – and Microsoft will be looking to steal a march on its rival.

That said, Sony would also have to be aware of tipping its hand too early. We wouldn’t be too surprised to see a more general date: a month, a quarter, that sort of thing.

PlayStation and Gran Turismo go together like drunken texting and immediate shame: they’re inseparable, and one inevitably follows the other. But it would be nice to have just one PlayStation announcement without Polyphony Digital bleating about polygons while an impossibly good-looking car rotates slowly behind them, like the game is being cooked in an oversized microwave. Not that GT isn’t a good series, but we’re a little tired of it. We’d rather have a new version of the awesome PSOne T-Rex thank you very much.

Seems obvious this, but then it depends how far Sony is willing to go with the reveal. Last year’s E3 was embarrassing, with a bunch of publishers revealing blatantly next-generation games and having to pretend they were current gen. (‘Watch Dogs? Nah, current gen. In fact, that’s the Vita version you’re seeing!’)

It seemed like an obvious example of publishers trying to force the platform holder’s hand. Knowing that those games are next-gen – and that the publishers are obviously trying to get them into the public eye – means that Sony should give them the platform to do so. Throw in some shiny looking first party titles and we’re in business.

Rumours have been flying that Sony’s new controller will finally evolve the Dual Shock design, incorporating Vita-style controls into the pad. We can see it happening – especially given what Nintendo (and Microsoft?) are up to. Either way, we’re going to want to see the thing, even if it’s just Kaz Hirai holding it aloft like a newborn baby.

Recent rumours suggest that the cloud gaming tech will play a big part in PS4’s strategy. Whether or not it will be revealed on the 20th remains to be seen, but with Gaikai in-house Sony could announce something really rather cool. Like streaming PlayStation 3 games over to PS4. Or PS4 games to Vita…

Madness? Maybe. But Sony need something big, and Gaikai could be it.

OK, we’re dreaming here. This is as likely to happen – or be revealed in New York – as Call of Duty players acting like sensible humans rather than rabid dogs. Still: would Gabe really have gone on stage at E3 2010 and eaten ALL the humble pie just to get Steam integration into Portal 2? We doubt it.

Valve is making big strides in its quest for global domination. Imagine if Steam Box isn’t just a physical product, but a set of technologies that allow for Steam games to play on them? Like, say, over a streaming cloud service?

If this happens, consider us sold.

What Will Probably Happen

Kaz Hirai will stride onto the stage. He will whisper ‘PS4’ into the microphone. A logo will appear like an alien mothership behind him, and then disappear. The crowd will clap like demented seals.