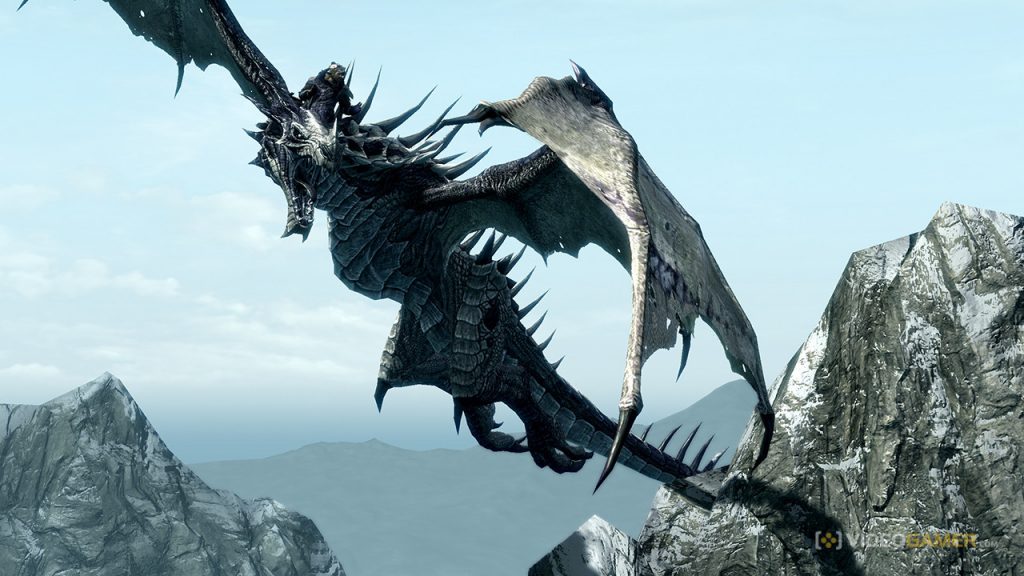 Skyrim is fantasy that almost isn’t fantasy, and that’s why it’s great

Although they have elves and magic and talking cat people, and although they are technically described as high fantasy, The Elder Scrolls games, one of Bethesda’s flagship IPs, have never really seemed that way. The distinction between high fantasy and low fantasy is often blurry — high being The Lord of the Rings kind of shenanigans, and low being set in near as dammit the real world with a bunch of weird stuff happening, like Buffy the Vampire Slayer. But The Elder Scrolls always had a bit of a grubby real life sheen, like if Frodo ever took a wrong turn and ended up in Tamriel he’d get kicked in the nuts and have his jewellery half-inched by an unscrupulous Argonian. And I really like that about them.

The closest the series came to proper fantasy was with Oblivion, the fourth installment. Morrowind, its predecessor, had a palette of browns and muted reds that made the environment feel stifling, with trees draped in hanging vines recalling warm swamps. It was easy to imagine your avatar’s back getting sticky under the armour, as they spent hours following vague directions across the wilderness. Oblivion had a lot of lush forests, flowers to collect, and white stone cities, and also portals to a terrifying hellscape rendered in bright red and orange, the sight of the first of which mightily shook me when I discovered the besieged town of Kvatch at approximately 2am, lying on my sofa in a partially catatonic state.

Skyrim, despite the fact it’s the only one with dirty great dragons flapping around, feels the least fantasy of them all. It has bloody loads of dragons, actually, while we’re talking about it. The first time you fight one feels really impressive and like a genuinely epic fight, and then eventually you can take them down easily and they start spawning all the time, and it just becomes a chore. Skyrim has an actual dragon problem. I kept thinking they should get someone in to sort it out, before realising that my function in the game was being that person. Despite this, as I say, surfeit of dragons, Skyrim feels grounded in reality, just not the one we’re currently occupying. Which, yes, technically means it probably is high fantasy, but it’s hard to swallow that. Skyrim is mountainous and cold and everyone has a face on them like they’re trapped in the worst Wednesday of their life.

The thing about Skyrim, which is also the thing about many Bethesda games, is that you, yes you, the player character, the chosen one, are the most gloriously important person in the purest power fantasy ever — which isn’t a critique, I’m all over that. So while, in the fantastical land of the Nords, you can end up in charge of a bunch of different guilds, and slay dragons, and blast fire from your hands, and talk to gods, you’re the only one who can. Other people can maybe manage one or two of those things at a push; they certainly can’t do all of them.

With Skyrim, more than any previous Elder Scrolls game, Bethesda was able to build an inhabited world, and most of those inhabitants confine themselves to getting rained on, wearing mud coloured clothes, and eking out an existence in inexplicably hard to reach places. They wait for you, the hero, to descend on their town and drive the entire economy by getting the blacksmith to repair your dagger and restocking the stores with all the random crockery you picked up by mistake.

For most Nords, a hardy, practical people living in wooden houses in out-of-the-way hamlets, the College of Winterhold might be a thing they know exists, in a disconnected way, but they’ve probably never seen anyone do magic before. They heard that Whiterun had a dragon problem, but those lot in Whiterun are always going on about dragons. They’ve certainly never seen a dragon around these parts. Don’t know what all the fuss is about. You’ve still got to keep an eye on your crops whether there are dragons or not. Cabbages pay no mind to dragons. Try telling your cabbages to stop growing because of dragons, see how far that gets you. Ha, maybe it would be good to get some dragonfire around here, then they wouldn’t have to break the ice off the top of the water butt in the mornings!

Skyrim is full of regular, boring people that just happen to sometimes be adjacent to the Dovakhiin, a person who some of them may feasibly never meet and only hear about what they supposedly did from a hunter passing through months later, who themselves heard it as a story from a bard in a tavern three towns away. They’re living the same humdrum existence that you and I do in real life. Even if they meet an elf it’s basically just a tall person being an uppity prick about winning a war a while ago. From the point of view of almost everyone in Skyrim it’s barely even fantasy at all. It’s just… life. And kind of a bleak one at that.

It’s why I loved Skyrim in a different way to how I love Dragon Age, which does feel distinctly high fantasy. In Dragon Age, everyone knows magic is a proper thing, there’s a country with an entire culture based around fancy masks, and dragons don’t actually turn up that often. In Skyrim, while monsters and civil war, and an occasional mild use of vampires, is happening somewhere in the distance, almost everyone is just trying to get through the goddamn day and eat their cabbages. It’s very relatable.