Metal Gear Solid: Six developers who should make the next one

If you don’t have Hideo Kojima, but you want to make a Metal Gear game, what do you do? Well, according to a recent report, you shop it out to an external studio and hope for the best. This is, apparently, what Konami, whose last game in the series was Metal Gear Survive (it didn’t, really), is planning on doing. This is no bad thing; the series has flourished without Kojima at the helm—Metal Gear Acid, Metal Gear Solid: Portable Ops, and Metal Gear Rising: Revengeance all chewed over different chunks of the series’ identity, dissolving it, shrinking it, and Revengeancing it into something more or less fresh. But who should Konami go for? What makes a Naughty Dog game? Time was a tangle of leaps, long ears, orange-and-blue polygons, an assemblage of crackable crates, and the odd go-kart, thrown in for good measure. Nowadays, it’s more about characters, dialogue, and feelings—particularly the ones that like to flicker over motion-captured faces. Plus the crouch and crackle of third-person cover shooting. If Naughty Dog were to do a Metal Gear Solid, the core action might not be that different. The Last of Us Part II took some cues from Metal Gear Solid 5: The Phantom Pain, when it came to stealth action—all that rolling around on the floor and firing while laying on your back. If Kojima, with his thirst for comic-book violence and Codec soliloquising, takes after Tarantino (the enfants terrible), then perhaps Naughty Dog’s effort would resemble a Spielbergian romp. 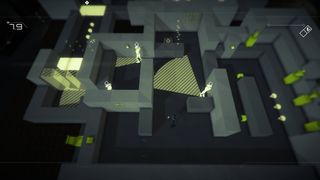 Bithell Games would be an interesting fit. Not only has the studio already essentially done a Metal Gear game, in the form of Volume, which—with its floating glass diamonds and fluorescent colours—resembled Metal Gear Solid: Special Missions, but it has a neatly inventive streak. We might end up with a dose of inventive abstraction that gives us an insight into the workings of Snake’s mind, as we got in John Wick Hex, although, it must be said, that game seemed a more accurate simulation of Keanu Reeves’s mind than of its title character (which is arguably a more worthwhile endeavour). Potential titles for a Bithell Games Metal Gear Solid include The Militaires Sans Frontières Conspiracy and Snake Was Alone—as indeed he often was. 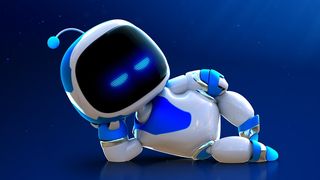 My desire to see Asobi Team make a Metal Gear game springs, to tell you the truth, from my desire to see Asobi Team make anything. The developer, led by Nicolas Doucet, is a division of Japan Studio and is responsible for Astro’s Playroom. I like to imagine that, as you walk the stark, strip-lit corridors of Sony’s Japanese headquarters, reaching the Asobi Team division is like happening upon a play area, chirping with AIBO and freshly charged employees. What’s more, though I don’t wish to cram these talented souls into a pigeonhole, I can think of no better studio to give us a game that centres on the unsung, unexplored, and largely uncredited hero of the series: the Metal Gear Mk. II. This chipper fellow made his debut in Metal Gear Solid 4: Guns of the Patriots, in which he assisted Solid Snake (who, thanks to a nasty, age-advancing virus, was markedly less solid) on the bleached battlefields of the Middle East. This little chap has wounds to heal and stories to tell! 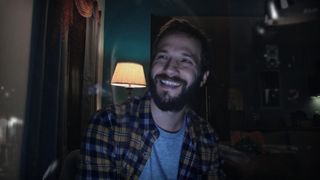 Sam Barlow, who, after working at Climax Studios, went his own way with Her Story and Telling Lies, may seem an odd choice for a new Metal Gear. Then again, it isn’t as if fans aren’t used to sifting through hours of video footage. Why not spice the proceedings by having them tag keywords and collate their findings into a criminal case. Barlow could set the game between the events of the first and second Metal Gear Solid games, and have players take on legal work for Philanthropy, the organisation that Snake and Otacon work for post Shadow Moses. You could HALO jump into territories that may be harbouring nuclear threats, swathed in stealth camo, with a camera at the ready. It would bring new and adventurous meaning to the term “Paralegal.” 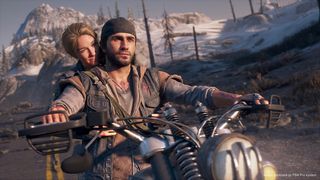 For Bend Studio to make a Metal Gear would be a strange kind of justice. Just think: the developer with a history of heroically screwy names—the Deacon St. Johns, the Gabe Logans—being given the ultimate in screwiness, Solid Snake. Who has for years given us espionage action, in Syphon Filter, that tilted away from the tactical, in favour of full-on action thrills, being briefed for a purely sneaking mission. And who has not only proven adept at adapting the franchises of others but has specialised, over the course of Syphon Filter, Resistance Retribution, and Days Gone, in different flavours of world-ending catastrophe—be it viral, extra-terrestrial, or motorcyclical. Give them a bipedal nuclear-equipped battle tank, I say. 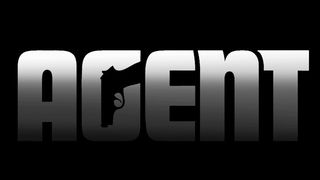 Somewhere, in New York perhaps, lurking behind a brick wall, in the vast vault of Rockstar Games, lie the faded fragments of Agent, a game that has now gathered the rusty glint of legend. Agent, so the story goes, was to be set in the late seventies, as the Cold War was in full, frosty swing. And, according to the game’s official page on the Rockstar website, it was to take players “on a paranoid journey into the world of counter-intelligence, espionage and political assassinations.” Remind you of anything? Now, if Rockstar sought to capitalise on Konami’s supposed hunger for fresh developers—not to mention salvage the scrap of its lost game—then all it would need to do would be to add a nuclear-equipped walking tank somewhere in that paranoid journey, and we would surely be most of the way there. Another amusing detail on Rockstar’s website claims that Agent “will be available exclusively for the PLAYSTATION®3 computer entertainment system.” Perhaps it would have boasted Sixaxis control. No matter; simply add some haptics and get it running with a DualSense. Everybody wins.