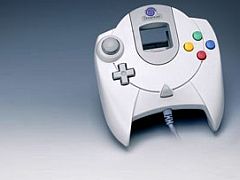 I doubt anyone in the UK awaited the arrival of the Dreamcast with as much enthusiasm as I did.

Having stolen a few minutes of Sonic Adventure on an imported Japanese DC at Gamestation some months previous, and poured over the first few issues of DC-UK, I’d gone and asked every relative I had (including a few I really didn’t enjoy conversing with) to send me money for my 15th birthday, which I studiously saved for launch day on the 23rd September – two weeks after the console’s American release.

Of course, the Dreamcast didn’t hit UK shores on the 23rd. It was delayed a further, agonising, three weeks, by which time I was chomping at the bit to get my hands on that cool-white curved controller with the new blue swirl.

I’d agreed with my local game shop – a popular indoor market stall ran by a guy called Rob, who I’d gotten to know quite well through my years of gaming custom – that I’d trade my PSone and N64 consoles for SEGA’s new super console.

I’d agreed a value for my machines. I’d confirmed he was getting a Dreamcast for launch. I had cash to put towards the part-exchange. I’d even given him my contact details so he could call me when they came in. And ALL of my friends had heard about the Dreamcast from me. A kid in school even asked if I had wet Dreamcasts (which in hindsight was rather witty. Well done him).

But when launch day came, October 14 1999 (strangely enough, a Thursday), disaster struck. Rob called me to say he hadn’t gotten any stock! After months of saving and further weeks of waiting through the delay, I was now Dreamcast-less. Worse still, I only had enough money to pay for a part exchange against my existing systems, with one game and a VMU. Bad times, right?

Nay, good times! I left school on the Friday, one day after the DC launched, to speak to Rob about when he might get stock – and when I got there, I was greeted with joyous news. He had managed to get one, single Dreamcast unit, reserved exclusively for me.

BUT! He closed in only 45 minutes. I don’t think I’ve ever ran home faster in my life.

Throwing consoles and games into boxes, frantically ringing my Dad for a lift, and pelting through the town to the building society, my excitement had reached fever pitch. Walking into Woolies (RIP) to grab the VMU felt like the final few miles of a fateful pilgrimage.

Actually getting the Dreamcast home, switching on Sonic Adventure, seeing those visuals moving, watching THAT whale chase me, and feeling the true Sonic sense of speed transplanted into full 3D was practically a dream(cast) come true.

I’d never cared much for Mario’s drastic transition into 3D in Mario 64 – it didn’t feel like Mario any more. But Sonic Adventure, to my mind, took the essence of Sonic and placed the cam behind the character. It was thrilling to play, and looked like nothing I’d ever seen. I played it into the wee small hours, and couldn’t wait to show it off at the weekend.

When Saturday came, friends came over and we enjoyed Sonic’s fishing mini-game, and then the next weekend I went and got Trickstyle, Power Stone, and an extra pad, much to everyone’s delight.

Soul Calibur followed a few months after, and after a quiet Christmas spent on Soul Fighter and Pen Pen Triicelon, Crazy Taxi elated, and Resi Code Veronica proved the next BIG DC exclusive to both replicate launch day enthusiasm, and further justify my expensive purchase.

I took my DC to Germany that summer, introducing my cousins to the delights of Tony Hawk’s and Dead or Alive 2, and played an awful lot of online Chu Chu Rocket. And then September came around again, I started at college, and a steady stream of top-notch releases arrived; including Jet Set Radio (which I got imported, using a disc swap trick to make it work), Virtua Tennis, MSR, House of the Dead 2, Fur Fighters, and SEGA’s much-hyped Shenmue, followed by Quake 3: Arena for Christmas.

See, the DC was not only my window into the future of console gaming – it both allowed me to browse the net and play the BIG PC games of the time, without an expensive PC, which I could never have afforded.

For all of that, though, no one game really sums up my Dreamcast experience more than Phantasy Star Online. The memory of 4am dragon slayings, compelling loot grinding and camaraderie with complete strangers was truly unlike anything before it (not that my parents were impressed at the time when they saw their phone bill!). More importantly still, it also lead me to writing about the medium for fansites, which in the long run resulted in the games writing job I do today.

That wasn’t the end of my DC era, though. Shenmue II to this day remains the only game ever to see me pull a sickie, after finding it on a store shelf a week before official release, and remains a powerful, unique experience that ranks among my all-time favourites.

Meanwhile, Headhunter, Grandia II, Solder of Fortune and the superb Skies of Arcadia were all sublime swansongs for a system that was a console generation ahead of its time, living and ultimately dying on a mantra of innovation and quality, by gamers and for gamers.

Sadly, in many ways the SEGA we see today is a shadow of the company that committed money and resources to pushing boundaries and entertaining a concentrated hardcore gaming community. As a business model, you can’t fault it – but their new outlook bears all of the hallmarks of a “can’t beat them, join them” attitude.

The Dreamcast-era SEGA often appeared to be built upon an ideal – that if they innovated and created games that were unbelievably good, no-one could ignore them. Alas, they underestimated the power of marketing, and more importantly the power of PlayStation, and failed spectacularly at retail as a result.

And now, as if to compensate, they make games mostly for the opposite demographic – churning out soulless on-rails mass market Sonic games that miss the point of Sonic Adventure entirely, and going though the motions of making me-too updates to their other iconic DC series, notably Virtua Tennis and Phantasy Star – while simultaneously repeating their Dreamcast mistakes in miniature, by pitching boutique hardcore titles at the wrong audience with the Wii’s Conduit and MadWorld.

It’s a sad sign of how far SEGA’s star has fallen – but still, we’ll always have those halcyon Dreamcast days to remember: Sprinting down the sides of skyscrapers; making “kerr-azzy Money”; powersliding around corners for kudos; searching for sailors; racing forklifts; out-puzzling players online; defeating Dark Falz; exploring the Skies; catching leaves; carrying books; discovering the secrets of the Phoenix and Dragon Mirrors… I really did love every last minute – and I’d still recommend those rarefied experiences to anyone who passed them over an entire decade ago. Particularly Shenmue.

As for the future of SEGA gaming? Well, there’s always Alpha Protocol…