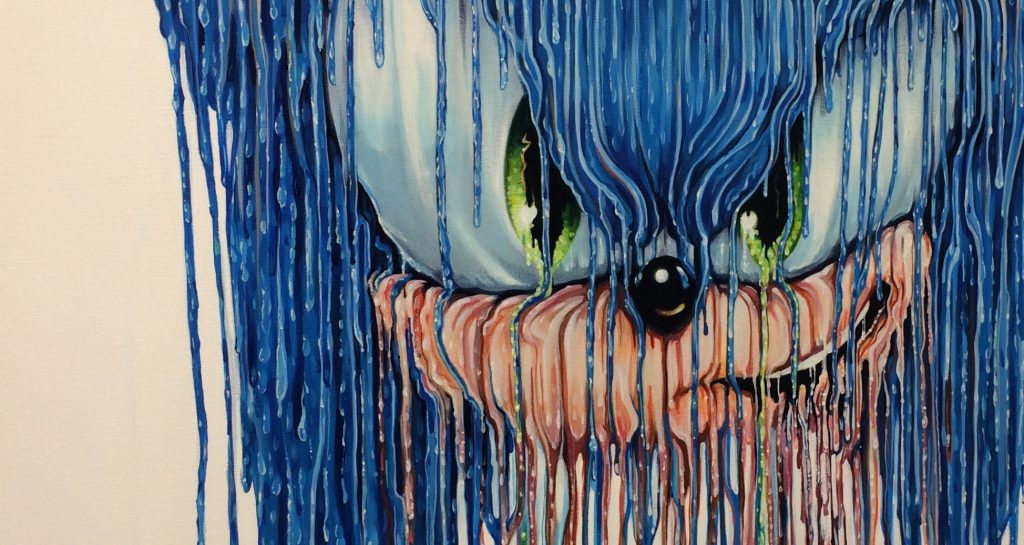 Last night I went to a Sonic The Hedgehog art exhibition

Did you know that there are people who spend thousands of pounds on Sonic the Hedgehog art?

I didn’t, until I went along to the launch event of a new Sonic the Hedgehog art exhibition opening in London tomorrow, where I was able to speak with some of the artists and check out the exhibits on display, many of which were on sale for upwards of £5,000.

But besides from being stunned by the high prices and impressed by the quality of the art, the evening opened my eyes to how far video games have come since Sonic arrived 25 years ago. This was an enjoyable but professional night of champagne and cash; serious art collectors paying serious amounts of money for some serious Sonic art.

One of the pieces on display, an oil canvas featuring Sonic, Knuckles and Amy, was listed at a staggering £40,000. A true collector’s item if I’ve ever seen one. And these aren’t just fan pieces, either: these are highbrow pieces of art commissioned by professional artists.

Here’s what Washington Green, the fine art company behind the exhibit, says in its brochure:

“Videogames have weathered the test of time admirably, more relevant today than ever before, transcending age, gender and culture. No other digital medium has so successfully captured the imagination and inspired so many people. Driven by modern society’s obsession with media and role models, videogame characters now stand alongside sports and film celebrities in popularity and influence. They have their own TV shows, movies, comic books, music albums and theme parks, something unheard of only fifty years ago, at the start of the home computer revolution.”

It continues: “This new collection celebrates the iconic design and cultural significance of one of the world’s greatest videogame characters. Sonic has inspired and revolutionised videogaming, a medium as critically essential to modern culture, and as important and relevant, as traditional art centuries before. Timeless and classic yet always modern, Sonic will continue to innovate and inspire new generations for many years to come.”

Curious about what’s there? Here are some of the pieces (and prices) from the collection:

There are plenty more pieces of art on display at the gallery, too, so if you’re interested in checking them out (or have some serious money burning a hole in your pocket), the exhibit opens its doors tomorrow, December 2 at Castle Fine Art, South Molton Street, London.