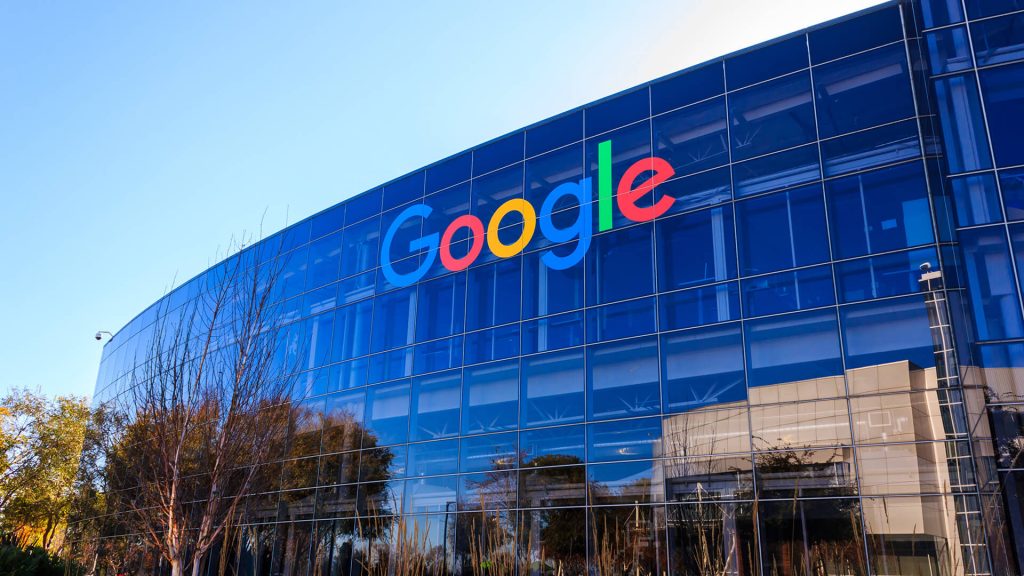 Could the Google Yeti and cloud gaming change everything?

The scientific community has remained skeptical of the existence of the Yeti, a proposed missing link between man and ape. Yet tales abound from the valleys of Nepal: strange footprints, hair samples traced back to prehistoric bears, and ominous shadows glimpsed in blizzards. In the West, a similar myth is taking shape, strange whispers from the valleys of Silicon tell of something emerging. It's a Yeti of a very different sort, but it may yet prove to be the missing link.

According to a report first published on The Information, Google is planning to join the jostling giants of Nintendo, Sony, and Microsoft. Anonymous sources suggested that it will be a streaming platform, a dedicated piece of hardware, a subscription-based service, and that Google is cajoling developers to join them under its solar-panelled panoply of roofs. Quite what all this will amount to remains to be seen, and there are reasons to be skeptical of streaming services – the largest of all being bandwidth – but there are also reasons to rejoice. 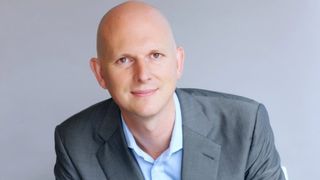 Google's recruiting of Phil Harrison is shrewd. He spent fifteen years at the top table in Sony Computer Entertainment, and three years in Microsoft's Xbox team. He also served as a board member and advisor at Atari and Gaikai – the latter of which was bought by Sony and became PlayStation Now. Time at the top, and time spent with streaming tech, will serve Harrison and Google very well.

He also has a reputation for shepherding developers. With a background in indie development, Harrison keenly understood the potential of new games and emerging technologies. He helped clear the way for PS3 exclusive LittleBigPlanet, and he was an evangelist for EyeToy despite it not having the full backing of Sony’s stateside management. The EyeToy may not have a decorated CV but it inspired the next wave of devices like Kinect and PlayStation Move – which saw new life with PSVR.

As Microsoft has recently proven, swallowing up five game studios like a great green whale, excellent leadership alone isn't always enough. Executive vice president of gaming, Phil Spencer, has struggled valiantly to get the Xbox One unstuck from the muddy mire of its launch with a spansule of good decisions; sometimes, though, you need a sharp tug of the pursestrings. It's comforting – at least when it comes to this – to know that Google has more money than God, and if the tech giant is committed to more than just dipping its toes in the brackish waters of the game industry, then filthy lucre will be no obstacle.

I want to teach the world to stream 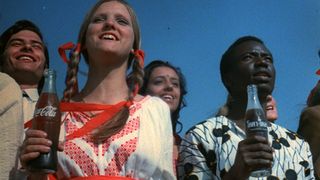 Based on the evidence, Google is all in – until it isn't. Remember the Nexus Player? Yes, quite, neither do most. It was an all-round home entertainment box that was designed in collaboration with Asus; it was powered by Android, running most games developed for the platform; and it was only $100 at launch. Weeks later it seemed to melt into myth – precisely where Yeti currently resides until these whispers become announcements. Then there's the softly-stalled Google Glass, which stopped prototype production in 2015, and was teased again in 2017 without any payoff. Google has a history of abandoning projects, but perhaps the hiring of Harrison and the aggressive developer courting points to a renewed faith in streaming.

Indeed, that faith is doing the rounds. Ubisoft co-founder and CEO, Yves Guillemot, recently hymned the joys of a streaming future. In an interview with Variety, he predicted, 'Streaming will become more accessible to many players and make it not necessary to have big hardware at home. There will be one more console generation and then after that, we will be streaming, all of us.'

Phil Spencer has taken up the chorus, too. In a recent interview with The Guardian, he offered a unified vision of the future, saying, '[Streaming] is going to help the AAA game industry grow much faster.' Even more intriguing was Spencer's keenness to smooth over the craters and cracks of the gaming landscape, dissolving the divide between the big players. 'The more we work together as an industry, better things happen,' he said. 'You have an Android and I have an iPhone; I can still call you. That would be my hope: that we still compete, but we compete on creative and quality.'

To that end, a report has surfaced detailing Microsoft's supposed hardware plans. The new system, codenamed Scarlett, is apparently two new systems: one traditional model, which plays games the usual way, and one dedicated streaming device. The Scarlett Cloud – which, if it isn’t a Level-5 JRPG, is certainly a strain of venereal disease – has Microsoft with one foot on the dock and one in the boat. It will reportedly run parts of the game on the hardware, while outsourcing the rest to the cloud. The streaming device will apparently be the cheaper option of the two – a strong incentive to encourage people to buy in Spencer's vision. One he summed up by saying, 'That is our goal: to bring high-quality games to every device possible on the planet.'

It all sounds a lot like the Hilltop Coca-Cola advert of 1971, and I'm having great difficulty banishing visions of Spencer, Harrison, Guillemot, and all the top gaming execs, choiring like those hillside hippies. (Perhaps, in the full spirit of partisanship, I'll join the PC master race and seal myself in a vault somewhere.) Still, an emboldened landscape bodes well, but how can Google thrive in that space? It may be that, as more companies join the game-streaming space, we will start to see new kinds of division. In a similar fashion to the way Netflix competes with Amazon Video, Disney, Hulu, and HBO Now, we might end up seeing exclusive games for different streaming platforms. 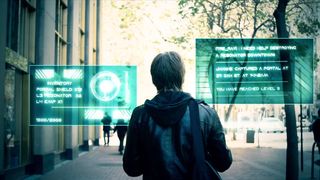 Competing on 'creative and quality,' as Spencer suggests, would see Google in a propitious position. The suite of benefits for developers is formidable. Consider Niantic, which had lain warmly in Google's incubator before hatching and fluttering off to join the Pokemon company; it demonstrated handily how Google Maps, augmented reality, and GPS tech can transform traditional game design. Now, if cloud-streaming can bestow the power to play even the most graphically taxing games on mobile devices, TVs, and monitors anywhere, then Spencer’s misty-eyed vision begins to look a lot more real, and the possibilities begin to look a bit tasty.

Integration with YouTube, as has been suggested by anonymous sources speaking to Kotaku, might help YouTube Gaming stay buoyant next to Amazon's Titanic, Twitch. Depending on the ease with which it’s integrated, it may even prove itself an iceberg capable of sinking its rival. Video streaming poses delicious ARG possibilities. Picture the fourth-wall flirtations of Kojima, having us check the back of the Metal Gear Solid box for that codec frequency; now, imagine someone meshing live stream events and videos with games – quests spilling out anywhere in the real world. Anywhere with a high-speed internet connection, that is, which brings us to the hefty Thwomp bearing down on the entire enterprise. 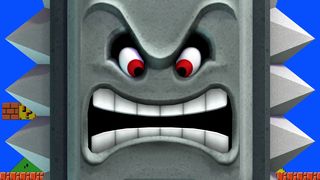 With Microsoft announcing work on a streaming service, and EA's new 'cloud gaming' subscription model – which it demurely demonstrated at this year's Electric Triple – the appetite for streaming is ravening. The problem facing these companies is simple: bandwidth. Streaming games from steroidically-enhanced machines stowed away on a server farm somewhere, and doing so at a bracing lick, is enough to cause a lot of machines to break into a sweat. It's the sort of thing which has to be flawless, because even the smallest stammer of input lag gives most games a pulmonary embolism.

While bandwidth isn't a problem uniquely facing Google, it may be the best suited of these behemoths to tackle it. Google Fiber, a fibre optic broadband service, began in 2010, and has crept outwards: first in Palo Alto, then Kansas City, before spreading to Austin, Charlotte, Atlanta, and snaking its way down to Texas. It's an eerie image, Google's power spreading like occult Ley lines on a map; soon, the entire globe will be belted by fibre optic longitude and latitude.

Perhaps, driven by desire for seamless streams, we might welcome our new Mountain View overlords. Google Fiber offers up to one gigabit per second for upload and download – roughly a hundred times faster than what most home users have access to. It will need to keep expanding to cover the U.S. before it reaches the rest of us – baby steps. 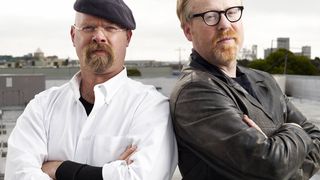 There are templates for a sublime game-streaming platform, but that's all they are. With PlayStation Now often offering up shaky performance – even at higher bandwidths – Nvidia GeForce Now's limited game library and high price point, and Xbox Game Pass sensibly opting to let players download the games instead (for now), streaming is all but a lovely-sounding folktale. But it’s on the way, and if any company can cause a welcome disruption to the way we play games, and the kind of games we play, then Google has a fantastic chance. It could be the first company to absolutely nail it, to make accessibility the bedrock on which it builds, to make the myth a reality. 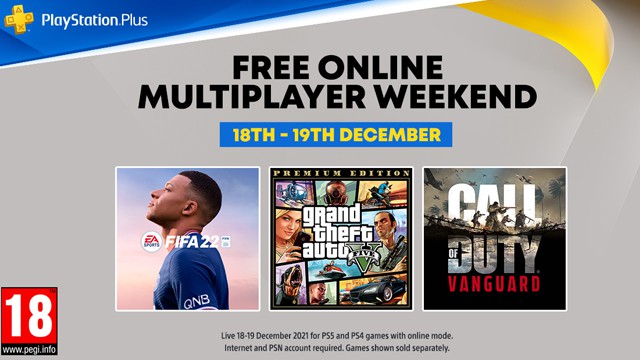