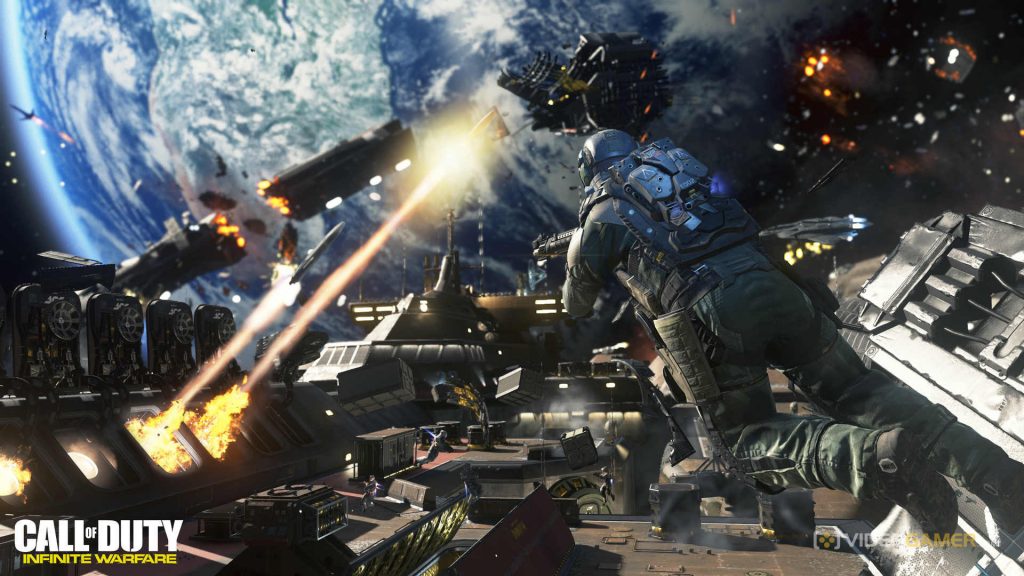 Call of Duty: Infinite Warfare, Battlefield 1 or Titanfall 2: Which is best?

I’ve been looking forward to finding out the answer just as much as you have: Which of this autumn’s big three first-person shooters is the best, and which one is right for you?

Well, after putting all three of them through their paces, I wish I had a better answer than I do. As it turns out, all three – Call of Duty: Infinite Warfare, Titanfall 2 and Battlefield 1 – are excellent shooters each worthy of your time and cash, with the only deciding factor coming down to your personal tastes. Nevertheless I’m going to attempt to give you some sort of answer, because that’s my job. Wish me luck.

Let’s get the easiest thing out of the way first: If you’re interested in co-op, Call of Duty: Infinite Warfare is your only option. Neither Titanfall 2 or Battlefield 1 have any form of co-op mode whatsoever, and even Call of Duty’s is limited to Zombies this year, ditching Black Ops 3’s campaign co-op to focus on the popular side mode. I found the new map, Zombies in Spaceland, to be more entertaining than most and more accessible than previous years, too, delivering optional prompts to new players explaining how each element works. I actually had a vague idea of what I was supposed to be doing besides slapping zombies in the face, which is a significant step up from Black Ops 3.

If you’re more of a single-player fan, Infinite Warfare or Titanfall 2 are the best choices for you. Battlefield 1’s campaign is great – both me and Tom loved it – but its rivals manage to be even better, packing in stunning sci-fi campaigns that are some of the best the genre has to offer.

Titanfall 2’s is arguably the most interesting, with its clever level design making use of the game’s wall-running and double-jumping mechanics to provide some great puzzle platforming, but Infinite Warfare’s is the more spectacular, delivering some awe-inspiring set pieces, big budget action and a larger focus on narrative. It’s a little longer, too, coming in at around seven-eight hours after its side missions are taken into consideration, as opposed to Titanfall 2’s five. Ultimately, though, it’s too tight to give you one clear winner. Both are excellent and I would highly recommend playing through the two.

All three games approach online multiplayer slightly differently, although again, there’s no outright winner. Infinite Warfare retreads familiar ground, copying Black Ops 3’s movement, Specialists and Pick 10 systems to provide a game very similar to last year’s. That’s no bad thing – Black Ops 3 featured the series strongest multiplayer in years – but its familiarity may put off some players looking for something a little more inventive. That said, even as a veteran Call of Duty player I enjoyed it, and disagree with some suggestions that it’s significantly worse than other entries in the series.

Titanfall 2, meanwhile, has the best sense of speed and momentum, combining blisteringly fast movement with excellent level design to deliver a superbly crafted multiplayer. Attrition, a mode introduced in the first game, is still one of my favourites in multiplayer gaming, combining AI and human enemies to offer a unique and addictive game mode. If you’re looking for something a little more innovative than Infinite Warfare, but with a familiar sense of speed and gunplay, I’d thoroughly recommend it.

And then there’s Battlefield 1, a terrific, large-scale shooter that portrays a sense of war better than them all. Here, it’s all about the scale: 64 players fighting for supremacy on vast battlegrounds, using vehicles and gun emplacements to destroy the opposition. Tanks roll onto the front lines, fighter pilots duke it out in the skies and colossal airships crash-land down to earth, wiping out buildings and infantrymen in its path. It is by far the most spectacular and visually exciting multiplayer shooter of the three. But it’s also the slowest and, at times, the most frustrating, requiring some patience as you re-adjust to the feel of older historical weapons and its occasional spawn issues. Of the three, I think it’s the one I’ll personally end up playing the longest, but there is no right or wrong answer here: all three shooters offer a fantastic multiplayer component, and without knowing your personal preferences it’s incredibly difficult to recommend one over the others.

So, which one should I buy?

In conclusion, then, there is no real conclusion. Infinite Warfare’s multiplayer is excellent, but it’s more of the same; Titanfall 2’s terrific map design and gunplay perfectly complement its thrilling fast-paced movement; and Battlefield 1’s sense of scale and all-out war provides a showcase that blows the other two out of the water.

When it comes to the single-player, Infinite Warfare and Titanfall 2 do it best, but again, there is little between them. This is Call of Duty’s best campaign since Modern Warfare 3, but Titanfall 2’s clever level design makes Respawn’s efforts slightly more interesting, even if it isn’t necessarily better. For the best balance between single-player and multiplayer Titanfall 2 may just clinch it, but the results couldn’t have been any tighter.

If you need more help deciding which game to buy, check out our reviews.