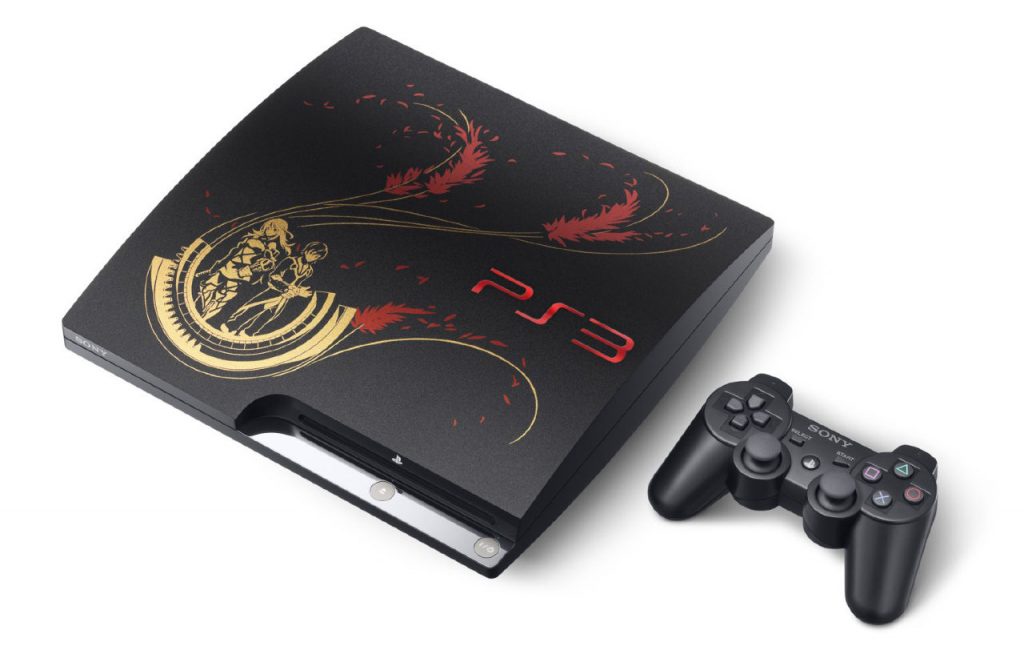 Special Edition consoles have a long and troubled history. There are ones that are weird tie ins with American fast food brands — shudder in fear before the bright green Mountain Dew Xbox, which, may God forgive us, you had to ‘buy’ with Moutain Dew sweepstake points — and in the last gen we had the companies going through a phase where they just threw colours around and shipped whatever had stuck, like the Halo 4 Xbox 360 referenced below, or the Gears of War 360 (which is my go-to reference for special editions of consoles being horrible). Currently we’re seem to be a phase where the companies seem to have realised that consoles have to look like something a notionally grown adult would keep in their home.

Last night Xbox officially revealed the Xbox One S Minecraft Special Edition console, and I didn’t hate it. In fact I rather liked it. So rather than a ‘top ten ugliest special editions’, I thought we could celebrate the times when the companies did well. Positive reinforcement.

Even if you’re not into Minecraft this is a pretty cool look for a console. The great advantage of this one is that Microsoft is basically dressing up a block it owns as a block it owns, so the transformation is a very successful one. It even has a stand so you can display it upright, with the pixel grass at the top and the pixel mud at the bottom. Although the bundle does cost £350, which is kind of a bit more than the regular One S Minecraft bundle (enough that you might consider your piss is being extracted somewhat). So there’s that.

On the plus side, the pig controller you can buy as an extra has a cute little tail! Tee hee!

This one is a beauty, isn’t it? Nintendo has dished out some great, understated special editions on the 3DS (including that snakeskin one for Metal Gear Solid: Snake Eater and the Luigi one for this, the year of Luigi, which is every year) but this black and gold one is lovely, especially the little ocarinas and harps at the corners. You could take this out in polite company and not be embarrassed (although you would be being very rude).

Back in 2010, Rockstar ran a competition in honour of the release of the Complete Edition of Grand Theft Auto VI. The prize was a custom made Episodes from Liberty City PS3. The black and white design, with a silhouette of the city, keeps it crisp and simple, and the gold gives it a bit of flare. They could easily have stuck a woman sucking a lollipop decal on a regular console and called it a day, but this design manages to be flashy but still showing remarkable restraint. This PlayStation could work at the Oscars as a seat filler, and Jared Leto would be like ‘I love your white LED backlighting,’ the mad bastard. There are only three of these PlayStations in the entire world

The Pip-Box is another competition console. Whilst the wearable Pip-Boy that came with the special edition of the game is, to put it mildly, a bit of plasticky tat, this special edition console is actually cool. It looks like it could really have come from the Fallout wasteland, what with the little hand distressed details and the ‘NOT FOR CIVILIAN USE’ stamp. Also they called it the Pip-Box so, you know, well played. This one is also super rare, though, so I wouldn’t bet on getting your hands on one any time soon.

Sony tends to do a lot of its finest special edition console work on Playstations that only come out in Japan, which is a shame because a lot of them realise that you just need a bit of good art to make an impact. There’s the pink and grey Final Fantasy XIII one, for example, or the slightly weird Dragon Quest PS4 that has a metal Slime oozing off the side. But for my money the Tales of Xillia PS3 is a stone cold classic. It’s also still available to buy, although obviously as an import.

Halo 3 was supposed to be the culmination of what had become Microsoft’s flagship franchise. The tagline was ‘Finish the fight’. The sense of purpose and direction was strong. Therefore the Halo 3 360 is simple and bold: green and gold with some battle weathering, like the Chief’s helmet. No muss, no fuss. The series never really recaptured that sense of purpose again, which may be why the Halo 4 special edition console is this absolute hot mess of a thing.

A lot of people were into this one when it came out, and you can see why. This special edition was made to mark the original PlayStation’s 20th anniversary, and as such is a guaranteed want for anyone who had one as a teenager and is now a grownup with their own expendable income. The logo is what makes it, really. Without that original, colourful PlayStation logo it’s a grey box. But with it, it flings you right back to your childhood.

I’m not saying this one is stylish, exactly. It wouldn’t necessarily fit in a young, single, professional twenty-something’s beige-carpeted studio loft. But it is cool. The console is a blocky little R2-D2, the geometric blue and white squares transferring well, and the controller is C-3PO. I mean, come on! The Xbox has a blue light and makes little R2-D2 whistle-beeps! Have you no heart?

I don’t even remotely like Metal Gear and even I can see how nice this thing is. The red, gold and black design is inspired by Snake’s bionic arm, and by any reasonable standards is the only one on the list you could describe as being actually classy. There’s a mid to high chance that a rich person just has one of these as an objet d’art, kept on a glass shelf next to a music box and a Fabergé egg. This console is suave; if I left this console alone with my mum, by the time I came back it would be my new dad. It does, hilariously, have a typo on it, though.