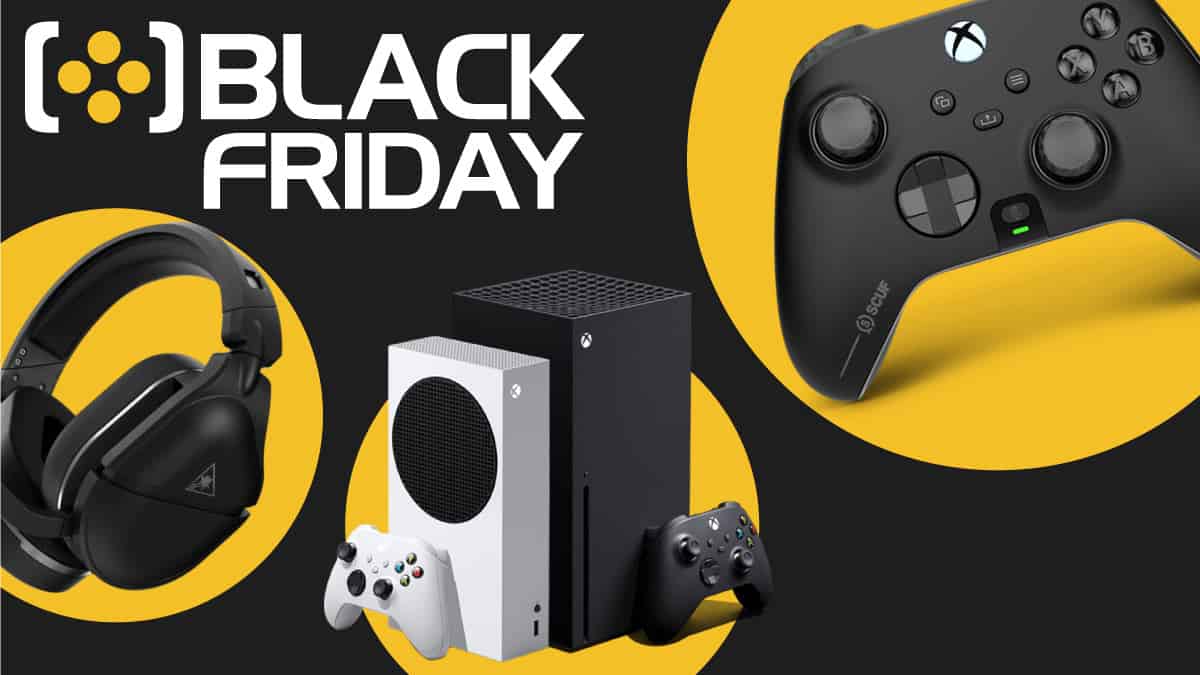 Black Friday Xbox Series X & S deals are finally upon us, why not make the most out of them?

With the Xbox Series X & S Microsoft has catered to everyone. These two consoles are proving hugely popular.

So if you want to finally get into next-gen gaming, or are on the search for some new games, headsets or controllers then read on. We’ve got all the information you need to reap the benefit of the Xbox Series X & S Black Friday savings

We’ve searched every corner of the internet, going through all the Black Friday Xbox Series X & S deals we could find. We’ve populated this list with the deals we think you will find the most tempting.

These deals are continuously updated as new ones appear, so feel free to keep checking back.

We’ve searched high and low for all the best Black Friday Xbox Series X & S deals, and here’s what we could come up with. Below is a handpicked list of deals that, we think, are the mot worthy of your time and attention.

This list is continuously updated as new deals appear, so keep checking back to stay up to date.

With every online vendor under sun getting in on the action, its not easy to know where to find the best Black Friday Xbox Series X & S deals. To help with this issue, we’ve made a shortlist of the tech retailers who are consistently offering the biggest Black Friday savings.

Every site on this list is guaranteed to be offering huge savings on every Xbox Series X & S related product you could possibly need this Black Friday.

Black Friday is on November 25th this year, with Cyber Monday falling 3 days later on November 28th. The Black Friday deals have long since started being offered however, so why not capitalise?

To make sure you’re not missing out on any deals, keep checking the retailers we’ve listed above, as well as popping back here to see our updated list of handpicked deals.

If you’re looking in the right places (we recommend using our list of retailers above), its a simple case of the more deals you look at, the more likely you’ll be getting the best Black Friday Xbox Series X & S deals.

Though the deals on the day itself are traditionally the biggest, they are also the most likely to be snapped up in an instant, so its definitely worth taking the plunge if you see a deal that feels right to you.

If you follow these tips you can potentially save yourself a ton of money, so get hunting!

There are a few features its worth taking the time to consider before making use of the Black Friday sales. Some of these are storage, and 4K gaming.

The Xbox Series X comes with a monumental 1TB of storage, while the Series S has a more modest 512GB.

Though 512GB is by no means a meagre figure, if you think you’re going to be downloading loads of games and don’t want to have to worry about filling up your system, it’d be best to go for the Xbox series. X

The Xbox series X is the first Xbox console capable of true 4K gaming, allowing for some genuinely stunning, vivid graphics. While the Xbox Series S offers a smaller, but respectable 1440p. For this drop you quality you, of course, also see a drop in price and if you have a smaller monitor, you won’t feel the full effects of 4K anyway.

The Videogamer deals section has you covered, no matter what kind of Black Friday deal you’re looking for. Below is a selection that might be relevant for you.

Is 4K gaming worth it?

4K gaming does offering stunning visuals and incredible depth to visuals – while it may seem like a no-brainer, to fully make use of 4K, you need a monitor that larger than 24″.