It feels as though all eyes are now on Nvidia’s flagship GPUs from the 3000 series: the RTX 3090 & 3090 Ti. Eager buyers have been scoping out the markets for a deal.

Have a look at our favourite Black Friday deals now live:

Maybe you want a new graphics card so can enjoy a smooth game of Microsoft Flight Simulator. If that’s the case, make sure your flight stick is up to scratch. Or maybe you’ve got your eyes on Modern Warfare 2 and want those rapid response times the 3090 delivers on.

In case you haven’t made up your decision between whether to go for the RTX 3090 or 4090, we put together a helpful guide which you can find here.

The RTX 3090 and RTX 3090 Ti are known as powerful GPUs performing extraordinarily well thanks to Ray Tracing, Tensor Cores and its second generation Ampere technology. It’s definitely one of the best GPUs you can buy behind the monstrous RTX 4090 and 4080 cards.

We’ve done the hard grafting across multiple tech retailers. But after all that work, we can confidently say we’ve found the best Black Friday RTX 3090 & 3090 Ti deals.

This section should provide the savings and value that you’re looking for a fraction of the time and effort.

Embark on an epic adventure full of whimsy, wonder, and high-powered weaponry! Bullets, magic, and broadswords collide across this chaotic fantasy world brought to life by the unpredictable Tiny Tina.

Be sure to bookmark this page as we move into the Black Friday weekend.

Also, keep an eye out below for renewed graphics cards which come out cheaper than a brand new card, but have been pre-owned.

Stay tuned as this section is updated throughout this week to keep up with all the Black Friday deals! These RTX 3090 & 3090 Ti graphics cards have discounts of up to 20% off, so cop ’em whilst you still can. 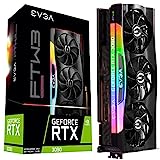 Videogamer.com is reader-supported. When you buy through links on our site, we may earn an affiliate commission. Learn more / Images from Amazon Product Advertising API / Last updated on 2022-11-28

If you want to be pointed in the right direction, we recommend looking at the following retailers who regularly update their sites with fresh deals:

Deals of up to 30% off have already dropped for the RTX 3090 and RTX 3090 Ti, meaning it’s time to click through our recommended retailers list. This is of course, all ahead of the actual Black Friday which falls on November 25th this year.

As the deals increase in volume, you’ll find them all right here on this page.

Now that issues of stock are largely out the way for NVIDIA’s RTX 3090 & 3090 Ti, we’ll focus clock speed and VRAM which inform the GPUs overall performance.

VRAM ensures a tear-free and smooth gaming experience. The minimum amount of VRAM you’ll need for gaming is GDDRE5, but the latest VRAM is always preferable at GDDR6, offered by RTX 3090 and RTX 3090 Ti. WePC have put together a guide explaining how much VRAM you need for gaming which you can find here.

Judging by specs alone, the RTX 4090 is simply a beast trumping the specs of the 3090 Ti. However, most people aren’t made of money, making the RTX 3090 Ti the more sensible choice for most gamers.

How much does the RTX 3090 currently cost?

We’re seeing the RTX discounted, but currently it is not available for less than $1,300 on Amazon US.

Depending on where and when you’re looking, the minimum about you’ll likely spend on the RTX 3090 this month is $1,299 / £1,299. We might be pleasantly surprised with higher discounts though as we enter into the Black Friday weekend.

The RTX 3090 Ti is the more expensive graphics card of the two – but is it worth it? Both cards feature 25GB of VRAM, whilst the Ti has the edge on memory clock at 21Gbps vs 19.5Gbps. Overall, it could be worth it if you’re a graphics designer, but if you’re a gamer, the 3090 will serve you just fine.