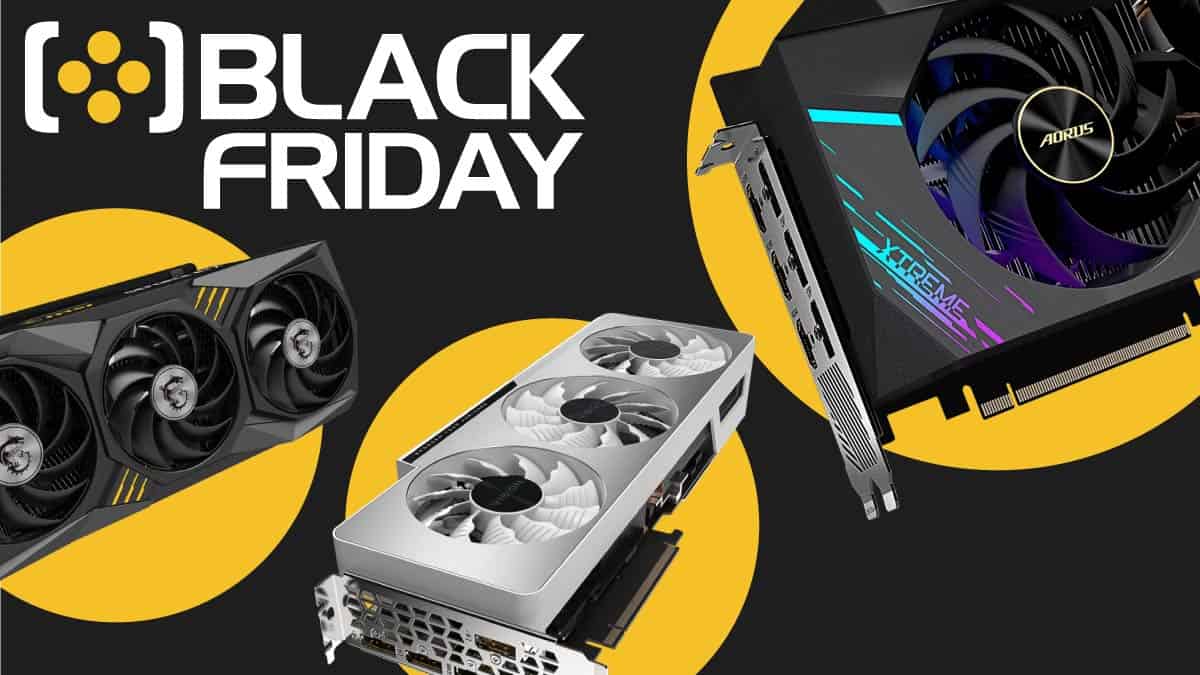 Updated on November 1, 2022 by Amaar Chowdhury

Black Friday RTX 3080 & 3080 Ti deals are going to see huge discounts this year with the release of NVIDIA’s new flagship GPUs, the RTX 40 series, sure to take the spotlight.

These Black Friday RTX 3080 & 3080 Ti deals are highly dependent on the release of the RTX 40 series. With the 3080s stock barely recovering from shortages that have defined its lifespan – we could see the same happen with the RTX 40-series GPUs. If we do see similar shortages, we could see the price of the 3080 barely dented. Hopefully, we see healthy stock levels on NVIDIA’s new GPUs, and if we do we could also see some great discounts on the RTX 3080 & 3080 Ti GPUs.

We understand how complex searching for deals is. Especially considering the hefty base price that these GPUs demand, we expect pressure and hesitation to play a huge part in your decision making process. We’ve spent hours curating the best deals, so if you’re uncertain keep this page close to stay updated with the best deals.

Read now: Overwatch 2 Release Time – when can I download the game?

Whilst we are yet to see the Black Friday deals officially stream in, here’s some great savings and bargains on RTX 3080 & RTX 3080 Ti GPUs.

Black Friday takes off on 25th November, with Cyber Monday on the 28th November. We could see Black Friday RTX 3080 & 3080 Ti deals weeks before the actual dates though, so be sure to be on the lookout in late October and late November.

Both benchmarks suggest incredible performance, though the sleight is handed to the RTX 3080 Ti which offers a better performance.

The RTX 3080 Ti is the bigger sibling of the two, and the powerful performance it offers edges it above the competition. As mentioned above, NVIDIA has published some telling benchmarks on their website.

The advantage is given to the RTX 3080 Ti by its much higher volume of 10240 CUDA cores compared to the 8960 / 8704 CUDA cores of the RTX 3080. So, when you’re making a decision this Black Friday – you should really consider how the differences in performance will affect you and your requirements from these GPUs.

Launched initially in late 2020 the RTX 30 series is yet to suffer the test of time. They are still incredibly viable graphics cards for all purposes – and you won’t set a foot wrong gaming with one.

Is the RTX 30 series good for gaming?

Yes – the RTX 30 series is great for gaming, especially the 3080 & 3080 Ti, which are generally regarded as some of the best available graphics cards for any purpose.

No, the RTX 40 series is NVIDIA’s latest graphics card and will contain their latest technology, which will certainly be a graphical upgrade over the RTX 30 series.

Here’s a few other Black Friday pages if you’ve already grabbed your Black Friday RTX 3080 or 3080 Ti. You might consider an AMD Ryzen Black Friday deal or a new monitor to compliment your new GPU.